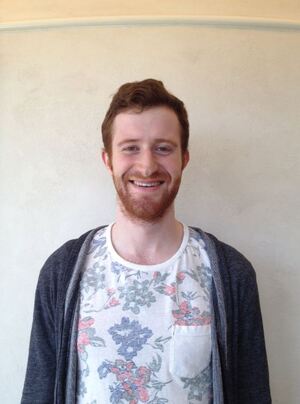 The debate about the marriage equality referendum over the past several months has felt weirdly distant to me. I thought it was because I have been living away from Ireland, but over the last few days, I have slowly and painfully started to realise that it has been because I didn’t want to engage with the feelings and memories that have been resurfacing about my own experience of growing up gay in Ireland.

I have never wanted to publicly explain my experience of being gay in Ireland, but I feel that it is important for me to share my story as the national conversation about who I can marry intensifies.

As a young child, I didn’t feel so different from everyone else. I felt like me, and being me was fine. Being me was fine with my family and it was fine with the kids that I played with near my house. But as I got older, I started to feel like I was standing out more and more from the kids in my class.

By the time I got to secondary school, I felt that I was standing out like a sore thumb, mostly because I was regularly called derogatory names for a gay person in the corridors of school by people I knew and even by people that I didn’t know.

Getting called hurtful names by people who didn’t even know my actual name was a terrifying experience as it felt like there was just no place to hide. Even more terrifying for me was that I didn’t even come out until I was 20, so it felt like people were acknowledging and exposing the fact that I was gay without my permission.

The effects from the level of bullying I endured were that I tried to hide myself and I became distrustful of people’s genuine affection for me as I was so scared of being discriminated against.

The reason why I have gone into detail about my experience of growing up as a gay person is to communicate to anyone who is on the fence about how they will vote, of how painful it can be to be gay, and how important a national vote is on what a gay couple are entitled to, both in legal and in emotional terms, to Irish gay people.

I also strongly feel that the impact of a yes vote would reach far beyond improving the lives and sense of worth of gay people in Ireland. Having spoken about my experiences of being bullied to straight friends and family, I have realised that being a victim of bullying is sadly a reality for many people from all walks of life. A yes vote would affirm the Irish people’s commitment to tolerance and understanding.

34 thoughts on “Bullied But Unbowed”