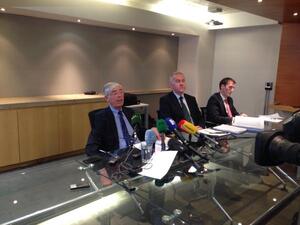 Alan Dukes: “There was more banking experience in the board of IBRC than the whole of the Dept of Finance” #ouch

Alan Dukes: IBRC did not conduct a review of the Siteserv sale — Colette Browne (@colettebrowne) April 24, 2015

Alan Dukes “We submitted all of those papers & #Siteserv papers to Central bank and they had no comments to make, we regarded it closed.”

Alan Dukes " I didn't like the inclusion of €5 Million for shareholders but was told, by Walter Hobbs, it was that or nothing."

Former IBRC chairman Alan Dukes defends his handling of the Siteserv transaction this afternoon at his solicitor’s office in Dublin.

Earlier: It Wasn’t Me 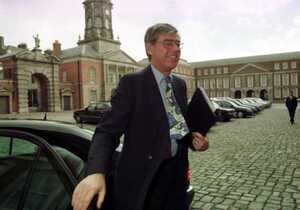