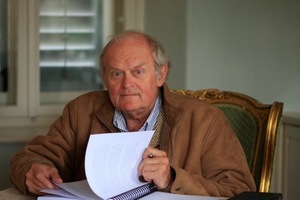 “Former president Mary McAleese was wrong to call for families across Ireland to vote Yes in the same-sex marriage referendum, according to journalist Bruce Arnold. Speaking on RTÉ radio [Morning Ireland], Mr Arnold said as an “officer of the State” the former president had broken convention by taking part in the same-sex marriage debate and had abandoned her duties.”
…
“According to Mr Arnold, when he moved to Ireland [sixty years ago] homosexuality was not penalised or illegal and “homosexuals lived a reasonably open and happy life”.
…
“’Homosexuality was never a crime in Ireland. Homosexual acts were and through David Norris’ work with Mary Robinson in Europe the edict was created that made the government here reluctantly, and with disagreement, decriminalise homosexual acts.’”

Previously: ‘Remembering Your Father And What He Stood For, I Need Answers’

54 thoughts on “‘Homosexuality Was Never A Crime In Ireland’”