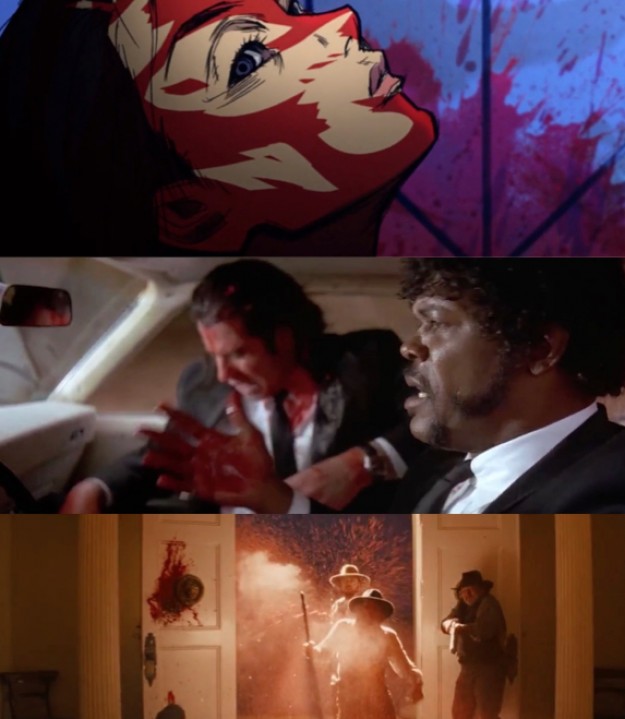 The final installment of editor Jacob T. Swinney’s rather fine four part series on the  Tao of The Quent. To wit:

Out of all of the trademarks that define Tarantino’s style, the filmmaker may be most recognized for his gratuitous use of blood and violence. The excessive bloodshed often seems to serve as a tribute of sorts to a style or genre of filmmaking (Japanese cinema, Westerns, etc.), but according to Mr. Tarantino himself, he indulges in the red liquid simply because “it’s so much fun” (see end of video). Here is a look at some of Quentin Tarantino’s bloodiest moments.

Tarantino: All The Deaths