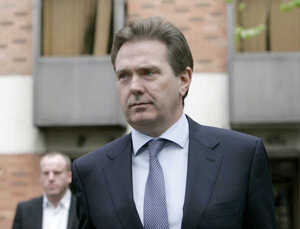 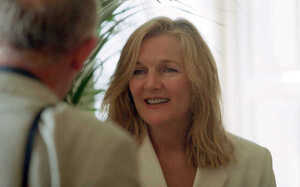 “One evening in November 2012 – a Monday, my day off – I was summoned to an “off-site” meeting. I had misgivings about attending. The previous Saturday, at edition time, there had been an attempt to pull a story about a statement issued by Transparency International Ireland, which had complained to a UN special rapporteur about O’Brien’s serial litigations against journalists.

“Accordingly, on alert, I asked if I should have somebody with me. No need, I was assured. The meeting was attended by two men, one of whom was a senior INM executive. Things were bad with the company, he said.

Certain “temporary measures” were necessary. Then we got to the core problem: O’Brien, the majority shareholder, was not to be written about in certain ways. Then he issued a specific directive: any reference to O’Brien was not to be handled by me, but was to be referred to the managing editor. When I pointed out that this was censorship, I was informed it was “sensitivity”. I later asked for the directive in writing, but was refused.

“I did get a series of emails which confirmed the directive but tried to revise what had transpired at the meeting. One ridiculously stipulated the stricture was to cover references to “all” INM shareholders (there are thousands); another said it applied to coverage of the three largest shareholders, O’Brien, Dermot Desmond and Tony O’Reilly.

Contact with O’Reilly elicited an immediate response: the stricture was “repugnant” to him. (I should add that in my three years as editor, the paper had no representations from Desmond.) At subsequent meetings with management, any pretence that the stricture was wider than O’Brien was dropped.

Contemporaneous with these meetings was the drawing up of a charter or code of practice for INM journalists with its infamous clause stipulating there could be no repeated, sustained, adversarial criticism of a person or organisation without the written permission of the managing editor. The charter eventually faded because a restructuring of the newspapers rendered it unnecessary.

“At one of these attritional meetings, I asserted that the managing editor did not outrank an editor. I was informed that an editor-in-chief would, and such a post could be created.

It was. On June 24, 2013, an editor-in-chief [Stephen Rae] was appointed, and within days the structure of the Sunday Independent was dismantled. From then on I never again held a meeting with my own staff that was not attended by persons with strange new titles taking notes furiously.

At the meeting to announce the appointment of the editor-in-chief I asked who, now, would make the decisions on coverage of O’Brien. I got no reply.

Copious correspondence asking the same question proved equally fruitless. But I did get an answer, a painful one, on July 19, 2014. In an article published in the early edition of the Sunday Independent, I referred to O’Brien and control of INM. Without reference to me, the editor-in-chief stopped the page and removed a crucial sentence.

I rang him to protest. The paper was delayed while we argued. In order to get the pages running again, several minor changes were negotiated. But I had no part in the removal of the crucial sentence. Did O’Brien have any knowledge of these events? I don’t know. I asked to meet him. I was told that wouldn’t happen.

Anne Harris, ex-editor of The Sunday Independent, in yesterday’s Sunday Times (behind paywall).

25 thoughts on “Previously On Denisty”