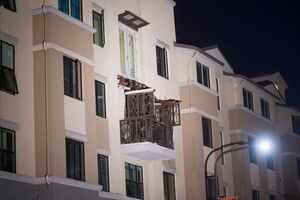 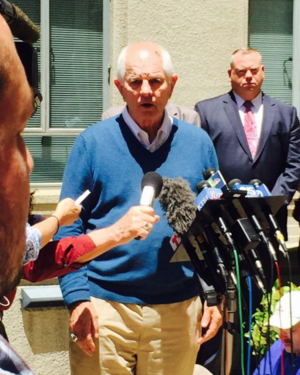 “Berkeley’s mayor says early investigation points to moisture-damaged wood as a prime cause of a deadly balcony collapse. Mayor Tom Bates said Wednesday that investigators believe the support beams may not have been sealed properly at the time of construction.”

“Independent structural engineers who examined photographs of the broken balcony beams also have pointed to decayed wood as a likely main cause.”

“A structural engineer says it’s “surprising and unexpected” that the wooden beams supporting the Berkeley, California, apartment balcony that collapsed and killed six people had deteriorated so much on a building less than a decade old.”

“Darrick Hom, president of the Structural Engineers Association of Northern California, visited the site and said the wood was so decayed that the broken beams crumbled in the hands of investigators.”

“He said Wednesday that the wood breaking off at their touch indicates major deterioration in the joists and wondered how that level of damage happened in just eight years.”

“Hom says any building material exposed to the elements requires weatherproofing at the time of construction, so investigators likely will look at how weatherproofing was carried out at Library Gardens apartments.”

“This piece was a second-day story following yesterday’s news story of the collapse. It was intended to explain in greater detail why these young Irish students were in the US. We understand and agree that some of the language in the piece could be interpreted as insensitive, particularly in such close proximity to this tragedy. It was never our intention to blame the victims and we apologize if the piece left that impression. We will continue to cover this story and report on the young people who lost their lives.”

And one of the reporters who contributed to the article, Adam Nagourney, writes:

“… I mean this as by way of explanation and not excuse. By the time I came on the story, it had already been on our site for five hours or so and we wanted to do something to move it forward. The idea for a second-day story was to focus on the J-1 visa program, and the number of Irish students who, through the program, came here in the summer; I think that was a relatively new thought to us and many of our readers.”

“There are obviously positive aspects to the program, which has been a great resource for thousands of young Irish students, as well as negative ones. Looking back, I had the balance wrong; I put too much emphasis on the negative aspects, and they were too high in my story. That did not become clear to me until I got a distraught email from a reader right after the story posted. I made a minor change in the story to try to address that, but it did not go far enough.”

“Do I think that the program – as well as the problems associated with it – are fair game for a news story? Yes. But there was a more sensitive way to tell the story. I absolutely was not looking to in any way appear to be blaming the victims, or causing pain in this awful time for their families and friends. I feel very distressed at having added to their anguish.” 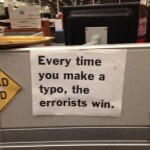 The War On Error 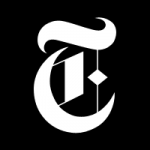 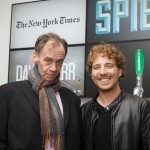