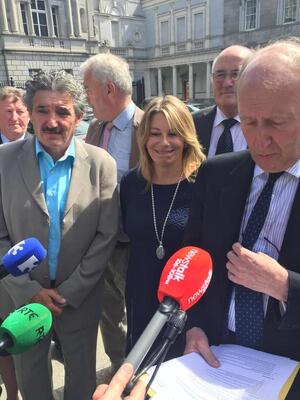 Sunday Independent writer Carol Hunt on the plinth outside Leinster House this morning as it’s announced that she’s standing for the ‘Independent Alliance’ in Dún Laoghaire, Co Dublin.

‘We will be radical but responsible’ Shane Ross says of Independent Alliance pic.twitter.com/ITfBSN1HAm

Oops. Leinster House authorities intervene to tell Shane Ross non-members can’t be interviewed on the plinth. He was introducing candidates

A Savage Hunt Down The Rabbitte Hole 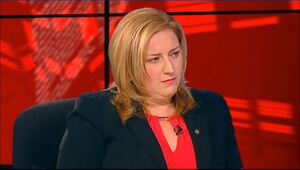 Not Buying What You’re Selim

15 thoughts on “Meanwhile, On The Plinth”