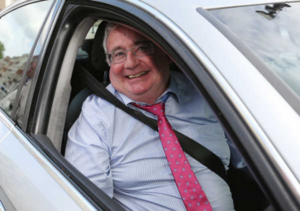 Hurlers on the ditch can usually criticise without resort to personal invective. That aside, Diarmuid Ferriter’s is a warped assessment of Labour’s performance in Government since 2011 (“Labour’s woes rooted in more than an ungrateful electorate”, Opinion & Analysis, July 11th).

So great was the crisis facing this country in the winter of 2010/11 that only a broadly based government would have held society together. I am convinced that a single-party Fine Gael government – the only viable alternative – would not have survived the first year. That first dismal year saw the new Fine Gael-Labour Government struggle to restore Irish credibility in the EU institutions, keep the troika at bay and contend with Mr Trichet’s threat if we proceeded with burden sharing – as unemployment exceeded 15 per cent. In helping to bring the country back from the brink, Labour had to take some decisions that in normal times it would never have done.

Diarmuid Ferriter would perhaps have preferred if we had spent more time speechifying, dithering and generally faffing around like the Syriza government in Greece, making the crisis even worse and inflicting greater hardship on ordinary citizens. Of course, Syriza has in its ranks more than its fair share of academics with a part-time political sideline. The problem is, as Brendan Behan noted in another context, they know how it’s done but they’re unable to do it themselves.

There is nothing either “patronising or self-pitying” about my view of the “dysfunctional” fragmentation amongst the disparate elements of the political opposition. After what we have come though, the last thing this country needs is a coalition of chaos. Compare this country’s economic health with what unfortunately has engulfed Greece. The stability that we have established and the economic growth now happening offers the prospect, for the first time since the crash, of improved social investment and the gradual restoration of living standards.

Whether or not one is a Syriza fan, it must be obvious that unless we get our finances into kilter and a banking system functioning again, we will not be able to make inroads into poverty or tackle inequality in our society. Who will endure most arising from the cack-handed misgovernance of Greece? It won’t be the wealthy elite or the tax dodgers or the trendy academics advising Syriza on the politics of magical thinking.

The contention that Labour “would have benefitted more from staying in opposition” may be correct. But Labour was not elected in 2011 to stand aside. Prioritising power over principle is the favoured insult of the designer left thrown at every politician from Lloyd George to Barack Obama who dares take on the challenge of political responsibility in difficult times.