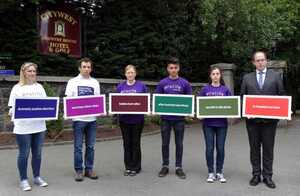 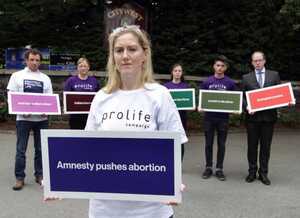 Outside the Amnesty International council meeting being held at the Citywest Hotel, Saggart, Co Dublin.

Eillen King (above) and other members of the Pro Life Campaign hold an ‘awareness event’ to highlight Amnesty Ireland’s call for the repeal of the 8th Amendment claiming it has nothing to do with the organisation’s founding principles. 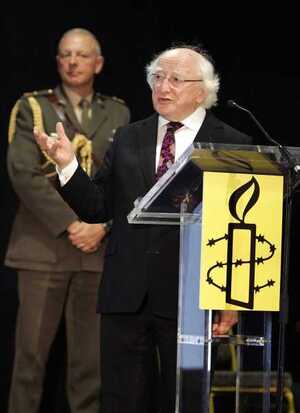 President Higgins delivering the opening address at the Amnesty International Council meeting, ‘Campaigning for Human Rights in the Contemporary World’ at CityWest Hotel.

Something A Bit Loaves And Fishy About This

71 thoughts on “Pushing Back”