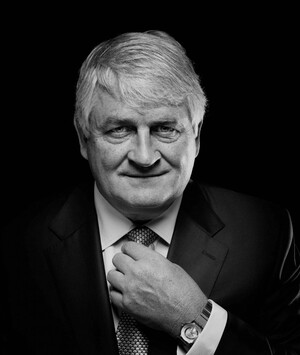 Why does Denis O’Brien sue everyone?

The number of legal actions Denis O’Brien has launched against free speech over the last several months is dizzying. Let’s summarize them briefly and look at the related problems of media concentration and Ireland’s defamation laws.

1. In May, O’Brien obtained a legal order to prevent RTÉ from reporting on the state-owned bank IBRC (formerly Anglo Irish) and Siteserv. He did not want his banking affairs to be discussed in public. RTÉ abdicated and postponed airing the report.

2. A few days later, Catherine Murphy TD claimed in the Dáil that IBRC had apparently made loans to O’Brien on favourable terms. But he asserted that no media outlet could report on her declarations because he had a court judgment saying so. Almost [but not all; Broadsheet, The Sunday Times and Village magazine] the whole national media abdicated and waited to publish the statements.

3. O’Brien then sued the parliament itself and the State for allowing Pearse Doherty TD and Catherine Murphy TD to make claims about his affairs with IBRC.

4. O’Brien then sued the Dáil’s Committee on Procedures and Privileges (CPP) because it ruled that Catherine Murphy did not abuse Dáil privilege when she made claims about him.

6. Broadsheet immediately reproduced the article, and almost as immediately got a similar order to take it down. But it left the piece online.

7. O’Brien’s lawyers then went after Broadsheet’s internet provider, asking to take the article down. As I write these lines, the case is pending.

In short, the whole drama is so exciting that nobody needs to watch soaps and detective stories anymore: it’s all happening in real life.

Two enabling factors for the string of legal actions above are the concentration of media ownership and defamation laws.

Ireland’s mass media landscape is among the most concentrated in developed countries. Notably, we don’t have a single left-of-centre outlet. The Guardian has no equivalent here. The information we receive is thus coming from a quite narrow centre to right-wing spectrum. Sure, there are exceptions and some journalists produce excellent critical progressive stories, but unfortunately, they remain exceptions.

This partly explains why the mainstream media reaction to the above explicit attacks on freedom of speech has been relatively muted. By this I mean that one would have expected a more forceful defense of the right of journalists to investigate and report on matters of great public interest.

It doesn’t help that Denis O’Brien controls a large chunk of our national media. His Independent News & Media (INM) accounts for 40% of all newspaper sales in the country and includes the largest weekly and Sunday broadsheets, the Independent and Sunday Independent. His Communicorp group includes Today FM, Spin, 98FM and Newstalk, the country’s largest supplier of radio news.

But the government has failed to reduce media concentration and increase diversity. In June, Minister Alex White (Labour) issued some “Guidelines” that pretend to address that, but as observers quickly pointed out, they don’t.

The National Union of Journalists described the policy as “an abject failure of the government to tackle powerful media interests in Ireland”. Indeed, “Successive governments have allowed a small group of powerful people to gain control of the media” and the new Guidelines are “incapable of undoing that damage”. All we witness is “the transfer of power from one baron to another in the face of appalling political cowardice”.

The Irish Examiner, in a strongly worded statement, agreed with those criticisms and noted that ironically, the Guidelines had been released in the wake of the political storm that arose when Denis O’Brien prevented the national media from publishing Catherine Murphy’s statements against him. Such context could have provided at least a pretext for the minister to do something that had some bite, but the strategy has remained toothless.

To increase media diversity, progressive alternative media should thus be strongly supported. (And no, that doesn’t mean Facebook or Twitter).

The problem is that Ireland’s defamation laws are some of the most plaintiff-friendly in Europe: in other words, they really benefit the likes of Denis O’Brien when the media says something critical about him. In other countries where the value of free speech is more important, like the United States, it is the opposite situation: the law makes it difficult for people like Denis O’Brien to sue the media and win and it is thus easier to challenge powerful people.

The problem with Ireland’s laws is that they benefit the wealthy. That’s because launching a legal action against the media is often costly because lawyers need to be hired and cases can last for a long time. Therefore, it’s unlikely that an ordinary person will take the risk of launching and getting involved in convoluted legal processes.

And so we go back to the government’s role again, which has upheld defamation laws. It should reform them to protect freedom of speech, which is essential in a democracy.

Julien Mercille is a lecturer at UCD. His new book, Deepening Neoliberalism, Austerity, and Crisis: Europe’s Treasure Ireland (Palgrave) is out. Follow him on twitter:  @JulienMercille

Previously: Everyone Must Get Sued