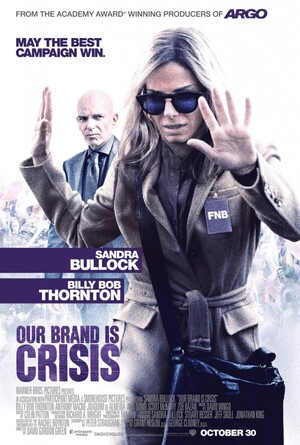 1. The Thick of It-style satire about an American spin doctor’s role in the 2002 Bolivian presidential campaign.

2. A cautionary tale of US political interference in the developing world? Or ‘Murica… Hell yeah!?

3. It’s produced by Grant Heslov and George Clooney (who else?), so probably the former.

4. No llamas were harmed in the making of this trailer.

5. It’s hard to believe that Joaquim de Almeida has never been a Bond villain.

8 thoughts on “Broadsheet Trailer Park: Our Brand Is Crisis”