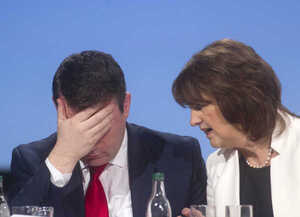 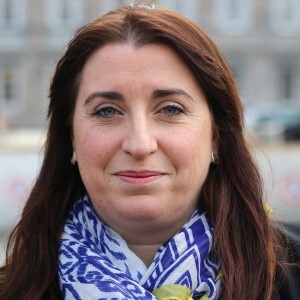 While Labour rent their ideals to the highest bidder the problem of homelessness can never be solved.

The past few days have seen raging debates about the current humanitarian crisis playing out across Europe and how Ireland might play its part in alleviating the suffering of those people.

A lot of that debate has been framed in the context of our own problems here at home and cries of ‘what about our own’. One of the key areas for concern in that regard surrounds the contentious issue of homelessness and the wider topic of housing.

How long have we been talking about housing issues in this country? From planning scandals to Celtic tiger bubbles to spiralling rents to supply shortages, and eventually to a homelessness crisis that worsens every day.

But here’s the crux – homelessness can be solved. Let’s get real about this. Yes, there is a section of the homeless population who have extremely complex issues requiring far more integrated services than a simple housing solution but increasingly we are seeing individuals and families being pushed into homelessness for no reason other than poor strategy and consistent failures on behalf of Government to implement basic preventative measures.

Over the past 12 months or so we’ve come through the usual Government spectrum of dealing with an issue (i) deny it exists (ii) claim it’s being blown out of proportion by hysterical people (iii) admit there’s an issue but claim to have a handle on it (iv) issue a raft of important sounding announcements to solve said problem and (v) vociferously deny the reality that those announcements have made zero impact on the problem and in fact the problem has worsened. Repeat process.

In December 2014, in response to the tragic death of homeless man Jonathan Corrie, Minister Alan Kelly and his junior Minister Paudie Coffey announced a 20 point plan to tackle homelessness.

To date – the majority of those 20 proposals languish somewhere between non-existent or half completed. The majority of them were knee-jerk type responses aimed at taking the immediate pressure off and to be perfectly honest, most were aimed at those homeless individuals with more complex, multi-agency needs.

Nowhere was there any sign of a policy to address the critical role that the unrealistic rent caps play in forcing families out of rented accommodation.

Joan Burton held firm on the ‘negotiate with the landlord’ line – which might be grand if you’re the Tánaiste but not when you’re a parent with young children and the landlord is giving you a steely glare all the while knowing he/she can get an extra 300 quid a month on the open market over the limit that the Department are prepared to pay him. Your negotiating stance is fairly weak in that situation!

There were grandiose statements about building targets and new units – in smaller print underneath was the fact that delivery and implementation of these policies would not be until 2017 or 2020 in some cases.

Given that this Government’s term in office ends in April 2016 at the latest, it’s quite presumptive and somewhat arrogant to formulate a response based on policy that won’t be implemented for 2-5 years particularly when the crisis is in the here and now.

The mismanagement of so many elements of society, not least housing policy, by this Government and its predecessor has misled people into believing that we don’t have the capacity or the capabilities to deal with extra demand on our services.

In truth, if we could just get our act together, reorganise how we do things, and start looking at meaningful, outside the box, solutions, we could design quality systems and public services to create a country where people want to live, aspire to emigrate to, and an Ireland that others want to return to.

Instead you’ll likely get a vote-buying tax cut in the upcoming budget while services and social infrastructure crumble around us and meanwhile Joan will go from renting out her party to the conservative right and instead sign up them for a long-term lease.

Anne-Marie McNally is a Political and media strategist working with Catherine Murphy TD and will be a candidate for The Social Democrats in the next General Election. Opinions expressed may not necessarily be shared by her employers. Follow Anne-Marie on Twitter: @amomcnally

49 thoughts on “Foreclose On The Right Wing”