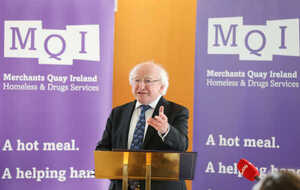 “President Michael D Higgins has urged bodies like the City and County Managers’ Association to apologise publicly for not valuing social housing more in recent decades. Speaking in Dublin, he said that while a newspaper headline proclaims today that the economy is roaring back in Ireland, inequalities are roaring back much louder in the world.”

“President Higgins was speaking at the launch of the annual report of the housing charity, Merchant’s Quay Ireland. The report states that it delivered 19% more medical interventions to homeless people throughout the Republic last year and that homelessness and drug use continues to grow in the midst of what it terms “an unprecedented housing crisis”. The President recalled that in 1995 there were 2,000 methadone users in the State but that there are now 10,000.” 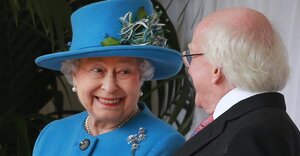