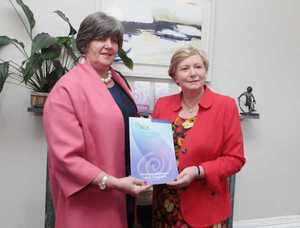 Rape Crisis centres across the country suffered funding cuts worth just over a €1million between 2008 and 2014.

But why the silence?

This post presents systematic data on funding cuts to all Rape Crisis Centres in the country since 2008, during the austerity programmes.

I obtained the data [see below] over several months by contacting every centre in the country and Government offices (HSE and Tusla). As I understand it, I’m the only person who has this national data. Even the Rape Crisis Centres themselves don’t seem to have anything beyond their individual budget.

This doesn’t indicate that I’m a good researcher, it indicates that nobody seems to care. I’m still surprised that this basic data on cutbacks wasn’t readily available until I asked for it.

This summer, I wrote a piece in the Irish Times based on the data, but I didn’t receive any request from media outlets, journalists or politicians to get the full set of numbers to take it further (actually, one radio station in Dundalk asked me to go on their show but they quickly cancelled the request and I never heard back).

In Ireland, 87% of victims of rape or sexual violence are women or girls, and conversely, 98% of perpetrators of all incidents are men.

The effects are undoubtedly positive. For example, among many testimonies from victims, one said: “This support group helped me realise that I was not alone and I was able to open up without fear or retribution. It will have an everlasting positive effect on me to carry in the future”.

But cutbacks have worsened the situation. One centre’s manager stated that the Government “has cut front-line services so much that it’s become impossible to operate” adequately.

Crucial work has been downgraded or eliminated, such as prevention and education programmes with young people in schools about the notion of consent in sexual matters.

Outreach work has been curtailed. Rural areas have been especially affected because such reductions in service provision often mean longer travel time to reach services, with the result that many victims are simply no longer able to avail of the counseling they need. This applies, for example, to Mayo, Enda Kenny’s constituency. 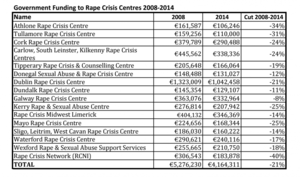 So what does the data (above) tell us? The chart outlines the cuts between 2008 and 2014 to every Rape Crisis Centre in the country, plus to the Rape Crisis Network (their umbrella organisation, whose funding has now been abolished completely).

It can be seen that overall cuts of 21% have been inflicted on the Centres. The cuts are uneven and vary from -8% in Galway to -34% in Athlone.

The overall reductions amount to a little more than €1 million, a number so small when compared to the general Government budget that no one would have noticed if it had not been axed.

It is estimated that funding should be at least €20 million, or five times current levels, in order to provide adequate services. This golden plan would still be insignificant in size compared to the State’s overall budget.

There is another important, and sensitive, aspect to all this. A few centres seem to have opted to lobby the Government and cosy up to it to obtain more funding for themselves, rather than form a common front with the other centres against the cuts.

These dynamics have been confirmed to me in discussions with Rape Crisis Centres managers and workers.

For example, the Dublin Rape Crisis Centre, headed by Ellen O’Malley-Dunlop, seems to have taken the Government side.

When I first wrote about cuts to the centres a few months ago, Ms O’Malley-Dunlop immediately called me. In a rather agitated tone, she told me that I should not write articles denouncing cuts.

She even described the Government as relatively generous because it had announced that no further cuts would be applied for 2015.

I was puzzled. How could the Government be described in such positive terms after presiding over funding cuts larger than 20%?

I asked her to explain to me her position, since I thought that exposing the cuts in the media was a good way to push back against these cuts. She said she couldn’t explain, that I wouldn’t understand, etc.

We thus have a surreal situation where some centres are against criticism of cuts to services for victims of rape.

In any case, the full systematic data is now public. Hopefully, this time, someone, somewhere, will do something about it. 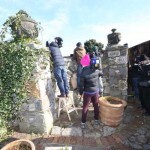 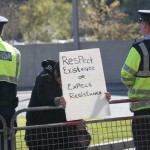 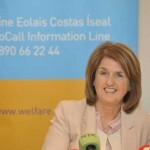 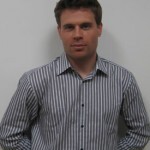