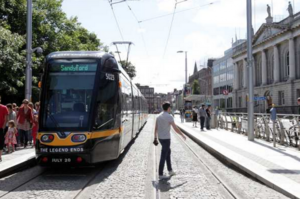 Derrick Howard was returning home yesterday when he got on the Luas in Stephen’s Green.

“I was sitting there, waiting for the tram to pull off, when I started trying to remember, ‘did I tag on?’. I figured, ‘It’s only been about a minute, I’ll get off and try to tag on and if I’ve already done it, the pad will not register it’. Wrong!

“It tagged me off so I then had to wait two minutes to be allowed tag on again before getting back on the Luas. No big deal, I thought, I’ll email the Leap card people, who will surely reimburse my account – they told me the Luas people would need to issue the refund.”

“Well they sent me the email (below), saying it’s not their policy to refund in this case – despite the whole thing happening in five minutes and it being physically impossible to have taken a journey.”

“Granted it’s my own forgetful fault and, granted, it’s only a couple of euro… but come on!?!” 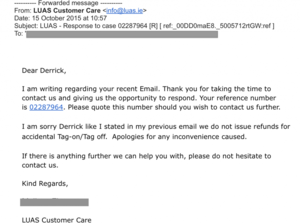 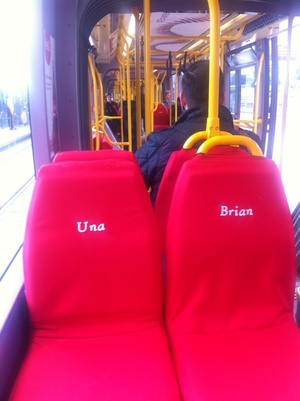