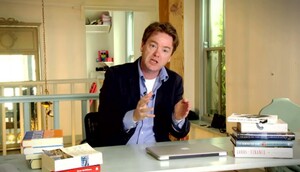 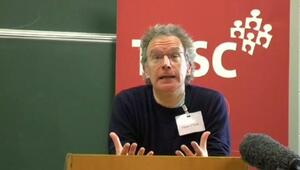 Budget 2016 either betrayed the coalition’s ignorance or its cunning.

Fintan O’Toole is associated with the left and David McWilliams likes the market. Both have made important contributions to our understanding of Irish politics and economics. They each have their cohort of fans, while driving some of their opponents nuts.

They both wrote on Budget 2016 and I want to highlight one important issue in this respect on which I think O’Toole is incorrect, whereas McWilliams is more on target.

Fintan O’Toole seems to think that the government is rather incompetent, irrational, and has no clue what it’s doing.

For example, last week, he wrote a piece entitled “The Minister for Finance and his know-nothing Budget”. He argued that “one of the things the system chooses not to know is how the budget really works”. Michael Noonan, the Minister for Finance, “is like a plumber turning on a stop cock without knowing where the pipes are”, because he will not produce an analysis showing if the Budget is progressive or regressive. In other words, “this is government by willful ignorance”.

This interpretation sometimes reappears in O’Toole’s writings, for instance, in his book “Ship of Fools”, whose title reiterates the idea.

This type of commentary is also often heard in the media and in conversations. In fact, it’s the mainstream criticism of government: politicians are ignorant, incapable and ridiculous.

However, it’s time to stop taking politicians for irrational idiots. Politicians are rational and usually quite competent. The thing to understand is that they govern following the interests of elites, and the policies they enact reflect those interests (we can debate whether such policies are good or bad, but that’s a separate issue).

Indeed, Social Justice Ireland produced an excellent report on Budget 2016  (there is also an analysis of the cumulative impact of Budgets 2009 to 2015 here).

The report shows the following about Budget 2016:

– It is the fifth regressive budget in a row, meaning that they have favoured the better off more than the poor.

– It is “extremely generous” toward multinational companies. The “Knowledge Development Box” plan means that such companies will now be able to avail of an even lower tax rate of 6.25% (as opposed to the regular 12.5% tax rate) for part of their operations.

– In general, the Budget’s tax changes favour those who earn more.

– It fails to deliver any significant increase in social welfare payments.

The question to ask is: does this reveal a government that doesn’t know what it’s doing, throwing darts in the dark? If policy was so foolish and the government so irrational, one would expect a relatively even distribution of the tax and spending benefits, but this isn’t what we see.

And for those on the right who think that’s just another left-wing conspiracy, no, you don’t need to be on the left to say something like that—you just need to understand how the system works.

For example, David McWilliams writes that this is a budget “aimed at convincing the middle classes that this is the government you can trust”. In particular, the Capital Gains Tax is reduced from 33% to 20% and this means that “the State is siding with those people who own capital. These are mainly the already rich”. To reiterate, “it’s clear that the big winners are the already rich”.

And the important point is this: “This is not the unintended consequence of policy. It is policy”.

This strikes me as a more accurate description of how the system works.

Picturing politicians as clownish and irrational leads to the following natural solution: if we could only find better ones, things would be fine.

However, in fact, to make things better, it is the system as a whole that needs to be modified so as to make it more egalitarian. 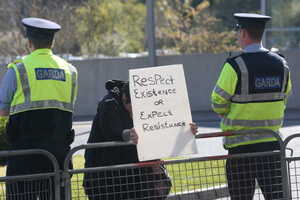 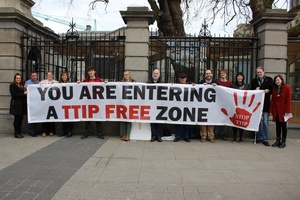 102 thoughts on “A Budget To Fool The People”