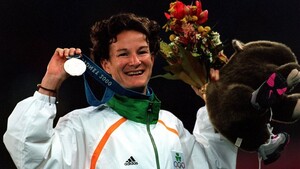 “Was I cheated out of medals? Earlier in my career I tolerated a lot and just got on with training. Sometimes to such an extent that injury and illness were almost inevitable, and too often were. But I didn’t know any better. As an athlete I never wanted to let what others were up to bother or distract me. This wasn’t me being naive. It wasn’t something I could control. And I didn’t want to let it become an excuse.”

“… So I never said anything or questioned anyone because I felt this would only take energy away from me. And I knew I was doing the right thing. Some athletes were getting away with doing the wrong thing, over and over again, so that they believed that is what it took to be the best.”

“Only the athletes who never cheat truly know what they have achieved. There is no test for honesty, integrity, hard work.”

Ever Bowled In A Maxi Skirt?

14 thoughts on “‘There Is No Test For Honesty’”