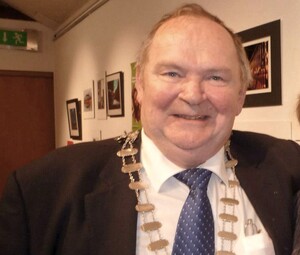 There were many reasons why The Greens wanted to be in government in 2007. High on the list was to try to do something about political corruption, especially at local government level.

Many of us had had a decade or so experience on our respective local councils. Each of us had knowledge of one or two councillors who just smelled dirty. They wore their being sly, smug and sinister as a badge of pride.

They gloried in their petty corruption. They were the experts in maximising expenses, in seeking to go to any ‘conferences’ anywhere. At these events they would sign in their attendance, not attend the seminar, maybe play a round a golf, but more likely return home.

They kept rum company. Builders and developers seem to take an unnatural interest in council meetings. The corridors were frequented by those engaged in close headed, whispered, conversations.

Fianna Fáil and Fine Gael were the parties that seemed happiest to count these these councillors in their number. This was their Praetorian Guard.

Their devotion to their party gave them the right, they felt, to behave how they liked in public office. The ever loyal party vote would elect them time after time, without questions ever having to be asked. Politics was about tribe, rarely about a better society.

Led by the experience of those of their ilk in Leinster House, many of these sadly all too stereotypical councillors thought this council lark a great laugh. Money for nothing and your (stone) chips for free. Buoyed by this sense of entitlement they felt nothing would ever change. For the most of the time nothing did.

On becoming Minister for the Environment and Local Government, John Gormley immediately made himself a hate figure with these self(ish) made men. Spending on conferences, codified as training, was capped per member. It certainly wasn’t a strategy to elect future Green senators.

He acted upon public complaints on how local authorities were, but more certainly were not delivering services, particularly in relation to their planning departments. He initiated six separate inquiries into differently identified local authorities.

The nature of the wrongdoing varied from failing to provide public information, ignoring public processes altogether, to tolerating built structures bearing no resemblance to the granted public permission.

He encountered many layers of resistance. Firstly from senior officials within his department who didn’t want any inquiries. Negative findings might reveal that as regulators of local government they had been negligent.

The second line of resistance was from city and county managers. Not really accountable to the department or to their elected members, many managers resisted ministerial interference into their bailiwicks. They should be, they believed, the sole arbiters of what was ethical in local government. The blind eye had always served them well.

Then there was the mudguard of the revolution, the members of those councils whose feigned outrage was raised to an art form.

Whiner in chief was Cllr Hugh McElvaney. Monaghan Council had form. John Gormley had already rejected their County Plan, which had zoned many more housing units than they had people. For these councils the ultimate cash crop had become cash.

But what of those inquiries. They still haven’t seen the light of day. Curious that.

Martyrs For The Drop