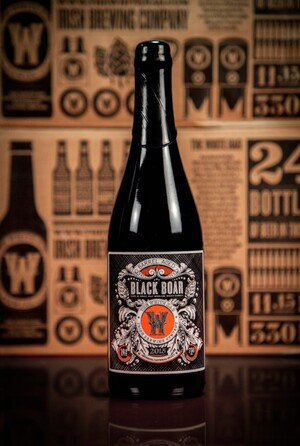 With two passes for a FREE tour of the White Hag brewery in Sligo on December 28 we asked: What was your favourite craft tipple of the year?

JDC ‘The best craft tipple I sank this year was a Bran & Sceolan Irish IPA at the White Hag Brewery. Well, it hasn’t happened yet, but it could.’

Fluffybiscuits: ‘The best craft tipple I had was Samuel Smiths Organic Apricot Ale in Widow Cullens Well in Lincoln,England. Basically I decided to travel to Lincoln for a night by myself, do the ghost tour then get well on in the pub, I ended up having a deep conversation about the troubles , Grimsby FC, St Pats and the merits of the Eurovision with a guy called John from Grimsby before some guy from Drogheda heard my accent and cringeworthily started talking Irish to me thinking it was cool…Great night though…’

Previously: Ring In The New Beer

I’ve decided to write [link below] a round up of my seven favourite beers for newcomers to craft beer, to try this Christmas and into 2016.  I’m not a beer expert or certified cicerone (beer sommelier) nor am I pretending to be, that’s not the intention of this round up. It’s my personal opinion from an Irish male consumer of a certain vintage and this is what I like to drink and why. I have naturally thoroughly enjoyed researching this article. I also discovered I obviously like tasty, citrus flavored beers and fruity Belgian-style beers. I wonder is this a country wide trend??

My 7 Irish beers To Try This Christmas (Taste of Ireland)