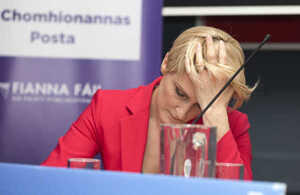 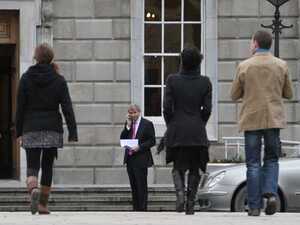 What day is it at all? Sure I’m all over the place with the days. Let me just check my calendar. One of the 75,000 Oireachtas calendars from my local parliamentarian perhaps?!

The last week or so has seen lots of hand wringing about Averil Power’s mega calendar order and Michael Lowry’s bumper Christmas card haul (85,000 seriously?!) but behind all the ridiculousness of those numbers and the outrage at the cost to the taxpayer there is a serious issue, namely the expectations of Irish citizens regarding communications from politicians and the political funding system in Ireland.

A recent conversation I had with a senior backroom staffer with many years experience in the Oireachtas went something like this;

Me: “What do you think of her re-election chances?”
Him: “None – sure she hasn’t done a newsletter in over a year!”

Anybody who has had printing needs will tell you that getting a four- page (the standard) newsletter printed on decent paper is not a cheap option. Getting roughly 35,000 of them to cover an average Dáil constituency could bankrupt you and that’s before you consider how you’re going to get them delivered and how much that is going to cost.

Yet it seems that a large majority of the Irish electorate have an expectation to receive regular newsletter updates from their parliamentarians. And why shouldn’t they? It is absolutely vital that politicians communicate with citizens and this is of particular concern to representatives from the smaller parties or Independent benches who don’t have the mainstream media at their beck and call in the same way establishment parties do.

Ironically though, those representatives from the established parties are the ones who make most use of the Oireachtas printing service and who can afford to fork out for constituency-wide delivery every quarter or so – if not more.

It is worth asking ourselves if there is a correlation there – the more we hear from them the more we consider them to be the ‘serious’ parties yet it is us who are paying to hear from them! (And if anyone tries to claim that Michael Lowry doesn’t count as ‘establishment’ then they need to check themselves!)

The Oireachtas print service is strictly controlled – anything deemed to be ‘electioneering’ is strictly prohibited, so, for example, you can not include the word ‘election’ on anything you get printed or you cannot call for a vote etc.

Yet this narrow definition of electioneering ignores the blatant electioneering of the printing of 85,000 Christmas cards! I firmly believe that parliamentarians should have access to a print facility for the purposes of communicating with citizens. I do not believe they should be abusing that service with frivolous ego projects such as Christmas cards in the mouth of an election.

With the upcoming election you will no doubt be seeing increasing numbers of political literature coming through your letterbox and I’d like you to keep in mind that non-elected people (such as myself) do not have access to any such print facilities and anything we manage to get to you will have come from our own pocket.

The likelihood is that it will have been delivered by a volunteer who is helping out on a team because of a desire to see change rather than prop up the establishment – there are very few of us who can afford the fees of a professional delivery company.

As a candidate I now have a decision to make – do I sell off that second kidney and try to fund a decent campaign leaflet and risk the residual ire of people left smarting from the Lowry/Power shenanigans and If I don’t then how do I get my message to people who know nothing of me and what I stand for – especially when I don’t have the mainstream media at my fingertips?

So with that in mind I ask you to consider this when the material starts flying through your door – not all election material is created equally and before you scrunch it up and throw it in the bin, maybe do my kidney sacrifice some justice and just have a little read with an open mind?! 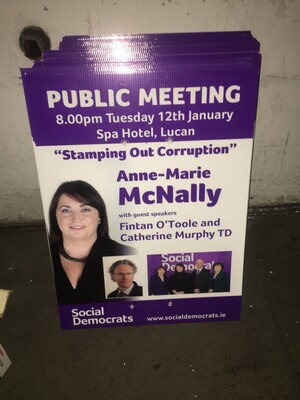 39 thoughts on “Someday My Prints Will Come”