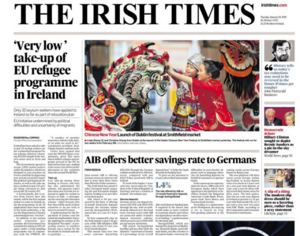 The EU’s refugee relocation programme – which was to relocate 160,000 asylum seekers from Greece and Italy in two years from September 2015 – is moving at a glacial pace.

The Irish Times today reports on Ireland’s involvement in the scheme.

A front page report  headlined, “‘Very low’ take-up of EU refugee programme in Ireland – Only 20 asylum seekers have applied to Ireland so far as part of relocation plan’ may imply that asylum seekers currently waiting in Greece and Italy are able to choose the country in which they would like to live. 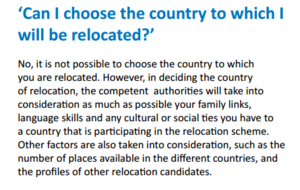 According to  the European Asylum Support Office states (above) in a brochure for asylum seekers :

“It is not possible to choose the country to which you are relocated.” 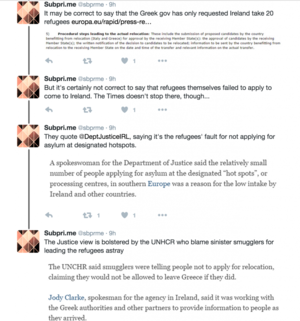 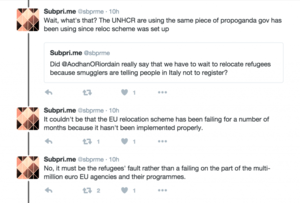 Previously: Pawns In The Game

The Irish Times has updated its headline… 11 thoughts on “Choice Would Be A Fine Thing”