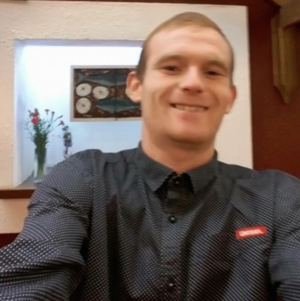 This isn’t my first time contacting you about the mental health services in our country, but sadly today I am not writing on my own behalf.

On Friday, the 15th of January, Stephen Byrne attended Beaumont A&E to seek medical assistance. He was 20, a devoted father and suicidal. A few days prior, he had attempted to hang himself multiple times while in police custody; at that time he was brought to the Mater but was released.

Despite informing staff at Beaumont of his intent to commit suicide, he was discharged. The only help he was offered was that his file would be sent to his clinic in Ballymun.

On Tuesday, the 19th of January, Stephen went missing; his body was discovered two days later, on his daughter’s second birthday. To date, nobody from the Ballymun clinic has made contact with Stephen’s family.

As anyone with mental health difficulties knows, asking for help when you are at your lowest is incredibly difficult. It takes unbelievable strength to fight your own mind and reach out. This is especially true for young men, as historically our country has stigmatised those with mental illnesses as weak or failing in some way.

Men are statistically less likely to seek treatment for mental health issues, but they are four times more likely to die by suicide then women. Yet, when a young man found the courage to walk into an A&E department he was turned away, with devastating consequences.

I know all too well the pain and desolation of reaching out when all you want to do is die, only to be dismissed and invalidated by the very people who are supposed to offer aid. It might sound histrionic to some, but they might as well help you to step onto the ledge.

After my last suicide attempt, as soon as I regained consciousness I was discharged from Beaumont A&E without ever speaking to a doctor, let alone a member of the psychiatric team. I know a young woman who just last week attempted suicide inside the hospital grounds, and was simply patched up and sent on her way.

I know that there are many people with similar accounts, especially those with a history of self-harm or suicide attempts. This is because certain hospitals, as a result of overcrowding and staff shortages, have a policy whereby patients who present more than a handful of times with self-inflicted injuries, including suicide attempts, are no longer referred to the psychiatric team for assessment. We are seen as a waste of resources.

This is not just a local issue, across the nation there are thousands of people waiting for referrals, many of whom will have to travel for hours for an appointment as a result of hospital closures. In some areas the wait for a psychology referral is two years. In 2014 nearly 3,000 children and adolescents were on waiting lists for psychiatric referrals and children are routinely admitted to adult psychiatric units.

As a country we are finally starting to break the draconian cycle of shame and secrecy that surrounds mental illness, but our mental health service remains inadequate, underdeveloped and underfunded.

The Government and politicians are quick to promise change and reforms, but while we wait for them to turn words into actions more and more lives will be lost. Sadly any improvements will be too late for Stephen, his family and his little girl, Ava.

Stephen asked for help and he was rejected; someone decided he was not important enough for their time, their care or their compassion. At what point does someone’s life become dispensable? Who are we supposed to turn to if our own healthcare system deems us unworthy?

They tell people suffering from mental health difficulties to ‘speak up’; to talk to a professional; to not suffer in silence. They ask for our trust, and then break it.

Ask yourself, if you were living in hell; if you were in so much pain that you would take your own life to escape it, would you put your survival in the hands of an institution that will likely make your life even more unbearable?

Yesterday: ‘Caoilte’s Story Is Not Uncommon’ 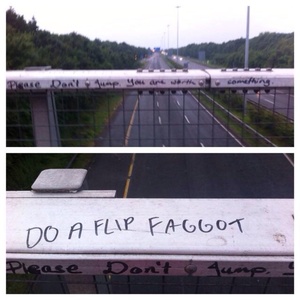 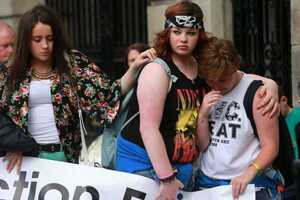 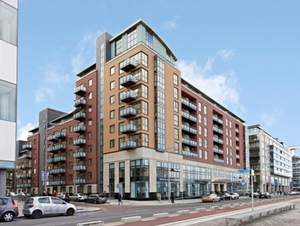 51 thoughts on “Turned Away”