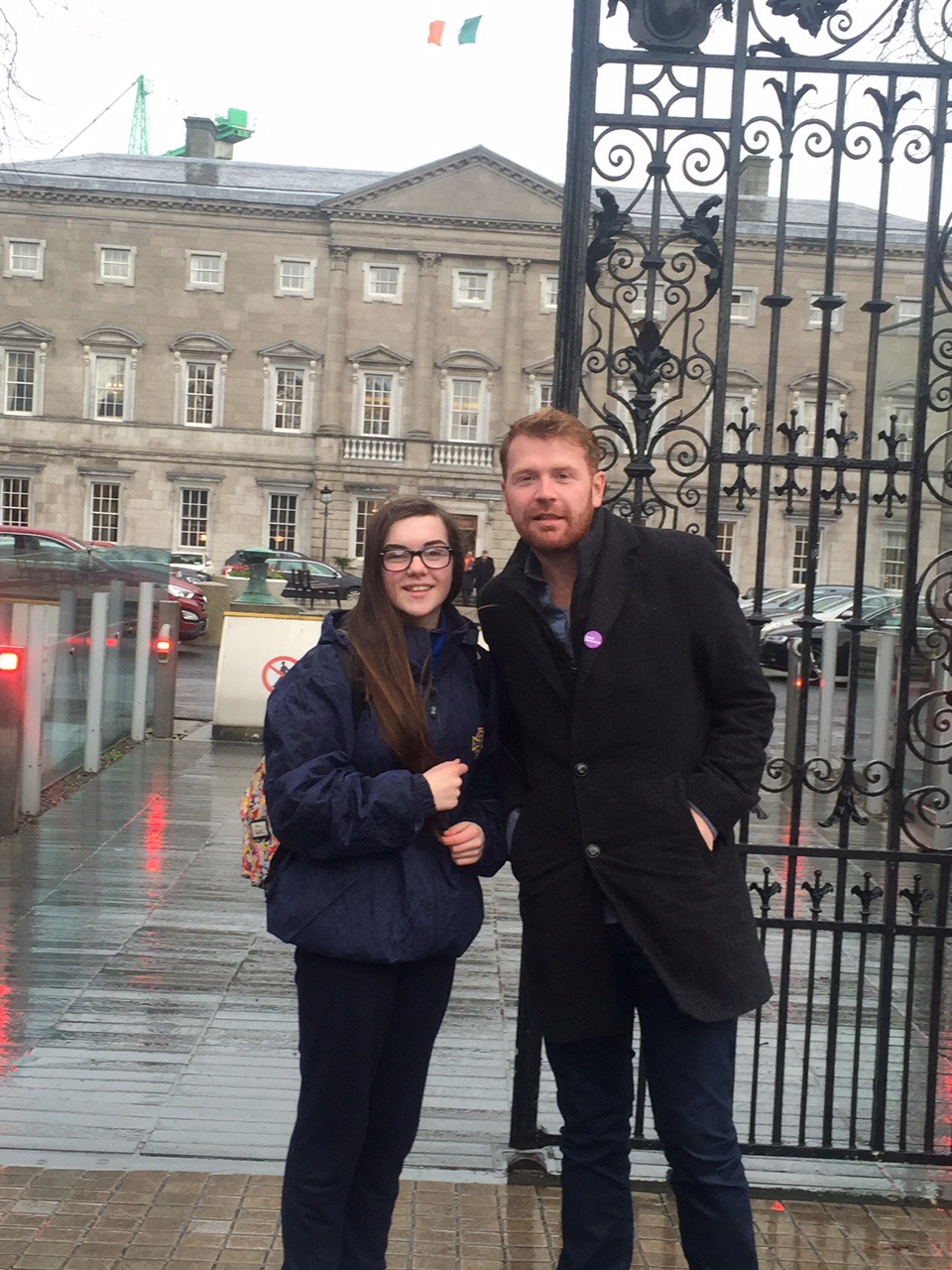 Alicia Lawlor with Cllr Gary Gannon at Leinster House (above)

Sixteen and never been canvassed?

Time to lower the voting age.

Why can’t I vote about my future ? Why can’t I share my opinion , let people hear my voice? Why should adults decide what can and can’t happen for me and the world that I am part of , I should have a say in my future don’t you think ?

I and sixteen I should be allowed to vote.

You sit there … think about it, why shouldn’t I be allowed vote, I shouldn’t only be allowed say my opinions to current affairs to a class room I should have the privilege of being able to make my own choices , own decision on what I think the government can and can’t do.

I’m sixteen yet I’m getting talks about career choices and colleges for what I want to do in life yet I can’t decide what I want for my countrys future .

It’s me who has the rest of my life to live here unless I decide to move a road which I don’t plan on doing, I plan on making a change , but how can I if you won’t let me vote ?

By  law I’m allowed to leave school and get a full time job or stay in school and get a part time job . Laws and tax effect that yet I can’t affect them by casting my vote in things that will effect my job , income , life, future.

Why should I be allowed sign consent to an operation but I can’t vote on something that will also affect my way of living ?

I myself would like to go into politics in near future and  would like to make a change for the people, for a better equal future… what a true republic should be… and will be, soon.

Scotland lowered their vote to sixteen during their independence vote , people aged sixteen actively took part in the referendum with debates , campaigning and the voting … so why can’t I take part in my country’s referendums?

I believe in a true republic and I believe lowering the vote to sixteen will help us reach that promise from 100 years ago… a true republic. 26+6=1 I’ll leave that with you to figure out and think about.

Earlier: ‘Ireland Was Taken Back’