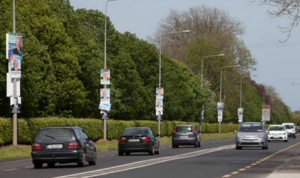 Election posters during the 2014 local and European elections in Newbridge, Co. Kildare

Fine Gael hates Fianna Fáil and Sinn Féin. Fianna Fáil hates everyone but Fine Gael. Sinn Féin claims never to have hated anyone. The Social Democrats are rotating who they hate. Labour hates the position it is in, and everyone hates Michael Lowry (for now). I have a headache.

27 thoughts on “Repeal The Hate”