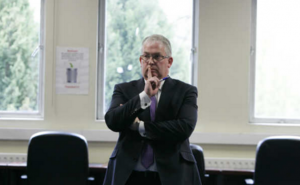 You may recall how the HSE repeatedly told the Public Accounts Committee it had apologised to ‘Grace’ – the mute woman with intellectual disabilities who suffered extreme physical and sexual abuse while she was in a foster care home from 1983 until 2009.

The Irish Examiner, on Monday, January 25, reported that the whistleblowers involved in the case claimed the HSE, in fact, had not apologised to Grace.

On Saturday, January 30, the HSE released a statement admitting no official apology had been given to ‘Grace’ or her mother – or the 46 other people who had contact with the foster home over the years.

Further to this, Fianna Fáil TD and chairman of the Public Accounts Committee, John McGuinness, on Today with Seán O’Rourke, said:

“We got a letter into the Public Accounts Committee, from the HSE, which basically rubbished the report that was written by the Irish Examiner, and referring to the apology as one of ‘for the poor quality of service’. These individuals, allegedly, were raped, abused and treated in the most abominable way and then, after that, we received, the following week, we received, the Public Accounts Committee received a letter from the agency concerned and they said they were being treated as despicable today, their treatment, as it was on day one when they raised this issue. What does that say about the protectors of those who are weakest, the HSE?.”

“Those that discovered this, that were professional enough and brave enough to come forward, did so, the whistleblowers. Unfortunately, the system within the HSE served them very badly and the whistleblower legislation, it would appear, is not worth the paper it’s written on. Because the whistlebowers fear for their professional futures.”

“We want to hear [from HSE director general Tony O’Brien] the full truth, we want to hear him tell us exactly what he knows from beginning to end, as much as he can – because we know there’s a Garda investigation going on. What we don’t want is for them to hide behind that investigation…” 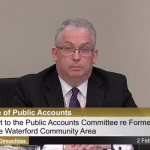 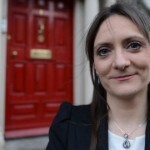 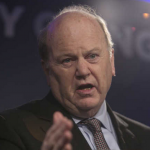 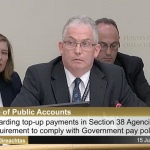 7 thoughts on “‘Poor Quality Of Service’”