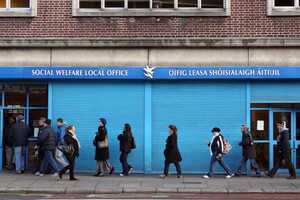 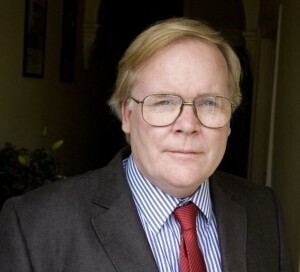 Political parties are promising all sorts of tax cuts. What if parties contested with each over the best in-work benefit policies?

The election enters the last few days. So many issues that were barely mentioned. How much time was given over to the fact that over one million suffer multiple deprivation experiences?

How much debate was devoted to the 100,000 households in arrears and the many more in negative equity? Remember that bank debt that we absorbed? But no mention of a Financial Transaction Tax to start clawing back a little of that socialised private debt.

And there was absolutely no time devoted to benefits for people in work (apart from tax cuts which workers will end up subsidising through reduced public services and income supports).

There was no mention even after a report published last week from Glassdoor, an international recruitment, company. The Journal ran the headline: ‘Ireland is bottom of the EU pile for social benefits’ This accurately described the report. Still no debate.

Glassdoor compared a range of social benefits for people in work and Ireland did not fare well.

Take for instance what happens if you become sick at work. In Ireland you have to wait six working days before you can draw down the benefit and you get a flat rate of €188 from the Department of Social Protection.

That’s about 27 percent of your wage.

What do workers get in other countries?

In the Netherlands, employers are required to pay 70 percent of pay for up to two years

In Austria, workers receive up to 50 percent of wage for up to a year.

The main benefit other European workers get (apart from the UK and ourselves) is sick-pay that is income linked (though in most there is an income ceiling; these ceilings are above the average wage).This cushions the fall in living standards for those who fall ill and maintains consumer spending in the economy.

What about family benefits for those in work?

Ireland has a very high level of maternity leave at 42 weeks, considerably more than most other countries. However, only 26 of those weeks are paid at a maximum flat-rate of €230 per week.

This is 33 percent of the average wage. What about other countries?

In Austria, Denmark, France, Germany, the Netherlands, and Spain new mothers get 100 percent of previous earnings for the whole period of leave.

Italy pays 80 percent of earnings while Belgium starts out at 82 percent, falling to 75 percent over time. Again, there are income ceilings above the average wage which, therefore, progressively benefits those on low-average pay.

In addition, many countries have paid paternity leave; not Ireland (though this has been promised in the general election campaign).

Another category where Ireland features at the bottom is unemployment benefit

It should be remembered that benefit is time limited in EU countries and is intended to bridge the gap between employment (what’s called frictional unemployment).

Other countries are much more generous:

Austria provides 55 percent of wage for up to 52 weeks.

In Germany you get 60 percent of wage for up to two years.

In Denmark, if you pay into an unemployment insurance fund (most do) you get 90 percent for up two years.

The rules in many of these countries can be quite complicated but Ireland has the weakest set of benefits for people between jobs, apart from the UK.

And what about holiday time?

Statutory holiday time (public holidays and paid annual leave) in Spain, Sweden, Austria, Finland and France is 35 to 35 days. In Ireland we get 29 days. We have to work a week more than workers in other countries.

We are towards the bottom of the table with the Netherlands and the UK on 28 days.

Political parties are promising all sorts of tax cuts. What kind of debate would we have if it focused on social security? What if parties contested with each over the best in-work benefit policies?

Wouldn’t we better off knowing that if we get sick our incomes wouldn’t collapse; that pregnancies will be supported by a generous support scheme; that transition between jobs doesn’t entail a collapse in income?

And for all the billions being promised in tax cuts we could finance one of the best support programmes for workers in the EU.

And who wouldn’t mind a couple of extra holidays?