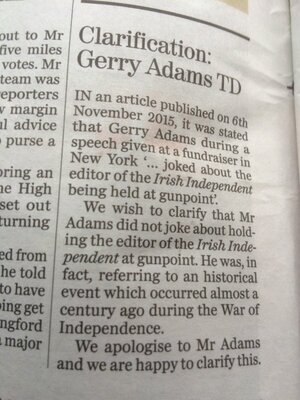 Gerry Adams had simply recounted an incident in which the IRA raided the offices of the newspaper on 19 December 1919 during the Tan War. He also said during the speech that he ‘obviously wasn’t advocating anything like that’.

21 thoughts on “War Of Independent”