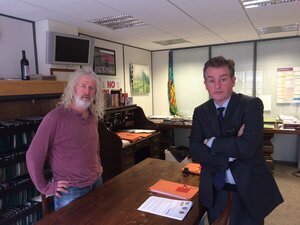 Independent TD Mick Wallace will be speaking to Mark Carruthers about Stormont’s report on the sale of Nama’s Northern Ireland property loan portfolio.

25 thoughts on “Anything Good On BBC One Tonight?”