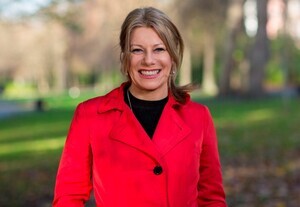 Once more unto the breach.

“Have you lost your mind?” is a question I frequently get asked these days. Occasionally a person might inquire solicitously, “Is it some sort of addiction that you could get therapy for?”

What they’re referring to is the fact that after a gruelling five months which started off with no money, no team and very little knowledge of how to go about planning a general election campaign, and ended in a fairly respectable vote outcome in the constituency of Dun Laoghaire (the only one to buck the trend and end up with 3 Fine Gael TD”s out of 4), we’ve decided to keep going.

What can I say? Running for election was perhaps the most positive, interesting, enlightening and humbling experience of my life – so far.

I initially decided to run because, for the past seven or eight years, I’ve been writing about the growing inequality gap in Ireland, the choice of our last government to introduce five regressive budgets in a row, the fact that the most vulnerable people in society ended up paying the highest price for the crash.

And so, after months of saying, repeatedly, that “somebody should do something”, I decided to put my money where my mouth was and enter the election. It was hard work, it was expensive but, and this might sound corny and if so I apologise, it was a privilege. I would recommend running for office to everyone in the country. It’s an eye opener.

Two days after the election count – broke, tired but very glad that I had made the decision to go for it – I got a call from a colleague in Leinster House advising me to run for the Seanad. Dear God, I thought. I’ll be divorced – by my children if not my husband – and we’ll have to sell the house.

But it made sense. I had a brilliant campaign manager and a small but dedicated team, who wanted to keep going, and as I had been to the forefront in the campaign to retain and reform the Seanad and make parliament – rather than just government – answerable to the democratic process, it seemed like the right thing to do.

But what did it entail? This is where the fun started.

First up, we had to get a nominator, a seconder and eight other signatures on one form. All had to be graduates registered to vote in NUI Seanad elections. I put the word out. “Not a problem”, was what I heard back from many friends who were NUI grads.

But yes, there was a problem. It’s quite extraordinary the amount of graduates – that is, people who have third level qualifications – who don’t know that they aren’t automatically put on the register to vote for the Seanad.

These include my husband, my campaign manager, my sister, most of my friends, my hairdresser, my dentist …. you get the picture.

And as we only had 48 hours to get the names – on the one form, which meant I had to physically proffer it to each individual for signature – this was going to be harder than it seemed.

Myself and my campaign manager did it with an hour to spare. Dr Jane Suiter nominated me, Professor Sabina Brennan seconded me and I managed to get 8 other assenters who were registered.

We felt like debt collectors who have a time limit to get the cash to the boss before being threatened with knee-capping. We met people in pubs, called to houses that we’d never been to before, one woman jumped into the back of the car, signed then jumped out, and I even spent time waiting, with some other dubious looking individuals, outside criminal court number one, down by Heuston station – all to get to the magic number ten.

There are three seats to be filled on the NUI panel. I was advised to try for this one as two of the incumbents are retiring (Fergal Quinn and John Crown).

Obviously I wasn’t the only person to think this would be a good idea. Counting on my fingers as the chancellor of NUI read out the names declared and accepted for candidature, it came to thirty. THIRTY. For three seats! Two really, if you consider that Rónán Mullen will most probably retain his.

Many of the other candidates are people I would love to work with: New, passionate about human rights and social justice, genuinely interested in reform and fairness. Some are has-beens who think they have a divine right to public office, jobs for the old-boys club and all that.

But what I would really love to see is as many people as possible using their mandate and voting for their preferred candidate for the Seanad.

Only if the public take it seriously and those who can vote, VOTE, can we hope to implement the reforms the Seanad – and our entire parliament – so desperately needs.

Get the word out. Do you have a vote? Are you registered? Ask your family and friends. It’s time to vote to change the way the Seanad works – by using the vote that you have and changing the people who get elected to it.

And The Lesson Today

29 thoughts on “Keep On Running”