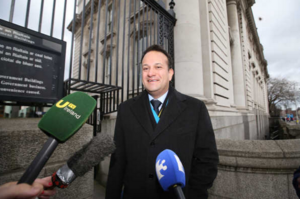 Health Minister Leo Varadkar spoke to Keelin Shanley on RTÉ’s Today with Seán O’Rourke this morning following the announcement that An Bord Pleanála has granted planning permission for the new children’s hospital on a campus shared with St James’s Hospital in Dublin.

During their discussion, they talked about Irish Water and Mr Varadkar was asked if he’d like Taoiseach and Fine Gael leader Enda Kenny’s job.

Leo Varadkar: “The fact that they [Fianna Fáil] went to the wire and threatened an election and not to facilitate a Government on water, I just think is ridiculous..”

Keelin Shanley: “So you think Fianna Fáil’s negotiating point of view is ridiculous – is that what you’re saying?”

Varadkar: “I just, I just think that of all the issues to pick, you know, of all the issues to drive us to the brink of a general election, to threaten not to support a minority government, of all the issues they could have picked like I really  thought maybe they would say, you know, that we insist that Ireland must develop a national health service over the next five years, you must find the 3 or 4 million to do it, you know, you need to drop your promises on the USC – not at all. You know it was all down to water charges that cost €3 a week and the worst thing is, you know, and you know water charges are being suspended – they’re not being abolished – but it’s the wrong thing to do. It’s not in the public interest to do this. And yet this is the issue…”

Shanley: “So why are you doing it? Were you not able to stand up to them on it?”

Varadkar: “Well we haven’t, what we did stand up to, we said we wouldn’t give up on the principle of a national utility, we don’t think Irish Water should be broke back and everything sent back to 30-something local authorities, I don’t think even deep down Fianna Faáil believes that that’s a good idea even though that was their policy. And on water charges what we’ve agreed is a suspension for nine months and during that period we will continue to make the case in favour of water charges. And I’m in favour of water charges. I was in favour of them in 2011 and I was in favour of them in this general election and I always told me that this is the right thing they should do and they should pay those and I keep saying that. There’s two reasons: one because it’s the only way people will conserve water, it should be metered and it should be charged for it. And secondly, we actually need a dedicated stream of income to upgrade our water and sewerage services, to get rid of boil notices, to get rid of the situation where we’re still putting sewage into our rivers and our seas. And it’s a real disappointment to me that that Fianna Fáil wants us to go back on water and like it was actually Fianna Fáil in 2010 that started this, before the Troika arrived, they can’t even blame the Troika.”

Shanley: “So you think everyone would have done badly out of an election on water. What was your thinking for Fine Gael going to the electorate on the basis of water. You know your option there was either an election or give way on water.”

Varadkar: “Yeah I just, I just think it would have been insane to have an election on Irish Water.”

Shanley: “Would you have lost further seats do you believe?”

Varadkar: “Possibly I don’t know, possibly not, it’s impossible to judge that but like I say, we have an opportunity now to form a minority government it’s not going to be easy, it’s going to be difficult and it’s going to be different but, you know, Government’s really tough but it can also give you the opportunity to do wonderful things and things like the Children’s Hospital are exactly why you do all the bad days because there are great days too and you can only do that when you’re in Government.”

Shanley: “Will he [Enda Kenny] lead the party into the next election?”

Varadkar: “Ask me when the vacancy arises. I’m down on so many other things but, like I say, that’s not for today.”

Shanley: “Ok, Minister Leo Varadkar thank you very much indeed for coming out to us this morning.” 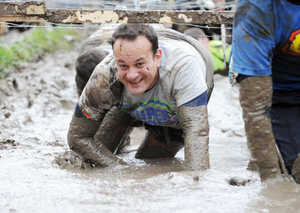 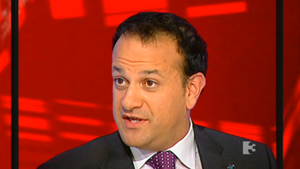 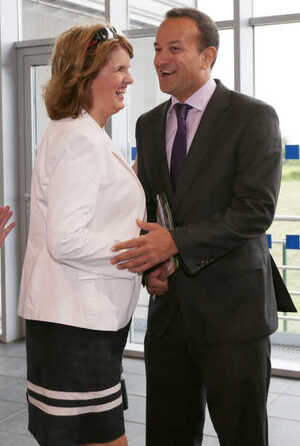 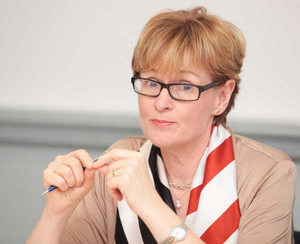