The idea of this meeting is to inform people of the secretly negotiated TTIP agreement between the USA and Europe. It is open to all.

We hope to be able to help launch an automonous local Anti TTIP group that can work with unions, political groupings and others to defeat TTIP, by being separate from but co-operative with others. This model has worked with the water charges movement in the area and we hope it can be as strong on TTIP.

Previously: ‘The Details Of TTIP Need TO Be Discussed Openly, Honestly And Fairly’ 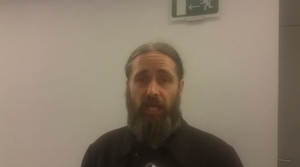