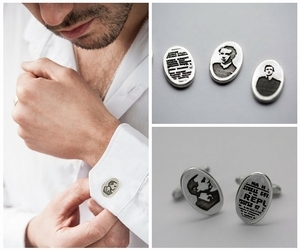 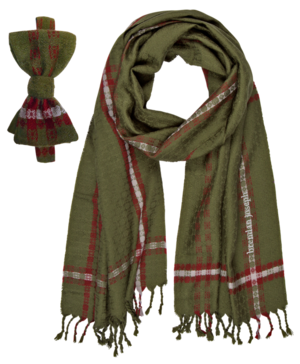 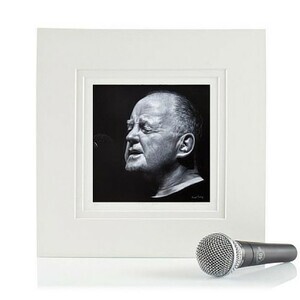 Charmaine Kenny, of the workshop, writes:

1. 1916-loving Dad
Wicklow-based jewellery studio, Terrible Beauty, have designed sterling silver cufflinks that are deeply etched with the Irish Proclamation of Independence or one of its seven signatories.

2. Style-loving Dad
Designer Brendan Joseph has seen his star rise in Ireland of late, and your Dad will look like a star in one of Brendan’s handwoven silk scarves that are inspired by Ireland’s colours and textures – designs include Howth Head, Daylight in Dublin and Wicklow Mountains.

4. History-loving Dad
As previously featured on broadsheet, Your Dad can wrap himself up in history with this replica of a blanket that was specially commissioned for Irish revolutionary leader Michael Collins to mark his appointment to Commander in Chief of the newly established Irish Army in early 1922. Foxford Woollen Mills in Co.Mayo made the blanket for Collins and have re-released the design this year.

5. Sentimental Dad
Fab Cow Design have put together this illustration of words that might set you and Dad happy-crying on Father’s Day *sniffle* Father’s Day Comes Once A Year How Much Do You Love Your Da? A Terrible Beauty Is Worn A Trinity Of Two