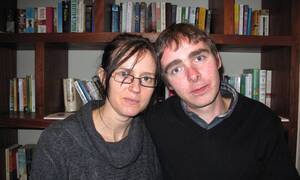 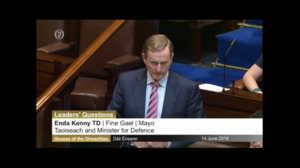 From top: Amanda Mellet and her husband James Burke; Taoiseach Enda Kenny; and a video of Mr Kenny responding to questions from Ruth Coppinger TD yesterday

My view is that if we were to decide to have a referendum to repeal the eighth amendment in October, it would not be passed. I will explain why.

There needs to be a real discussion here. If we are going to attempt to remove this from the Constitution, people will want to know what we intend to replace it with. I have had problems with this genuine question.

With respect, I do not accept from the Deputy that we should make a rush to judgment in this instance.

The UN committee’s verdict in this sensitive and distressing case is non-binding. It is not like the European court. It speaks for the distress caused to this good woman. As the Deputy knows, another case is being processed.

It is right and proper for us to follow the route of having a properly selected citizens’ assembly that is able to do its business of reflecting on the eighth amendment and what it might mean.

The assembly will consider what changes, if any, should be made to the eighth amendment and how they might be made.

If we are to ask people to vote on this issue, at least we should be able to tell them what will replace the eighth amendment if they vote for its removal. People need to know the options and the consequences.

I genuinely believe people have a right to be able to discuss these things. This matter divided Irish society for over 30 years. I ask the Deputy to believe me when I say it is not a question of a lack of courage.

It is a question of understanding that the entire population has a responsibility and a role in this regard. It is not as simple as saying that a referendum should be held to take out the eighth amendment without saying what it will be replaced with.

He was speaking in response to questions from AAA-PBP TD Ruth Coppinger, in light of the UN Human Rights Committee’s findings on the case of Amanda Mellet.

That really pisses me off. No hurry, says Enda, as even now Irish couples are living with the reality of a FFA.

‘UN Decision Not Binding On Ireland’