Taoiseach Enda Kenny has brought a memo to Cabinet to set up a citizens’ assembly which will look at a number of issues, starting with the Eighth Amendment.

The Dáil will have to pass a resolution to establish the assembly.

It is understood the assembly will sit for a year to address all issues referred to it, such as fixed parliaments but it will issue a report on each issue as they are completed.

The report on the Eighth Amendment will be referred to an all party Oireachtas committee when completed.

It is thought that the assembly will hold its first meeting by November. 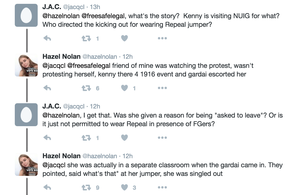 62 thoughts on “Can Kicked”