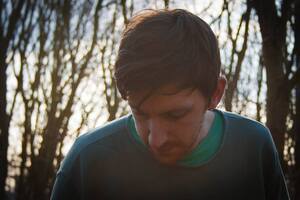 01. Manchester-based Gavin Murray has lost none of his accent, judging by his recent output as ambient-electronic troubadour Trick Mist.

02. Last year saw the release of debut EP Jars in Rows, completely written, performed, mixed and recorded by Murray himself over the course of six months.

03. Streaming above is the video for single Crumbs Abound. Directed by Graham Patterson, it places a full living-room in the bogs of Connemara with which to create a thinkpiece.

04. Coming up next: a visit home, with a gig on Saturday in Dublin at Whelan’s, alongside fellow expat Video Blue and Dublin’s Participant.