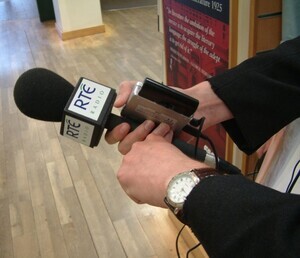 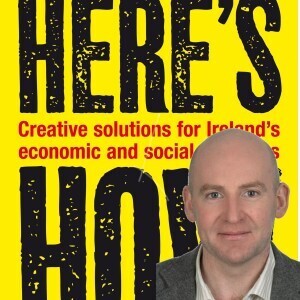 On this week’s Here’s How current affairs podcast with William Campbell (above).

Donal Byrne, RTÉ’s News Planner and a senior news editor, answers questions from William on whether RTÉ should describe people as ‘known to the gardaí’; whether they blacked out news of Gemma O’Doherty’s firing by the Irish Independent; and whether Paul Reynolds is sufficiently independent of the gardaí.

The phrase ‘known to gardaí” appears scores of times on the RTÉ website and, as Donal Byrne rightly pointed out, frequently occurs in other Irish media.

The phrase has been sharply criticised for the meaning it carries, including by novelist Frankie Gaffney.

Derek O’Toole died when he was struck by an off-duty Garda’s car in Lucan Co Dublin in March 2007. Within hours of his death, and without naming their source or sources, RTÉ accused him of being ‘known to gardaí’.

It later emerged that he had no criminal record or criminal associations whatsoever, and GSOC concluded that unknown gardaí had supplied false information to journalists.

Jeffrey Hannan was murdered in Limerick in 2007, and on the day of his death he was described by RTÉ and other outlets as being ‘known to gardaí’, and it turned out that he also had no criminal record or associations whatsoever.

At Jeffrey’s funeral, Fr Pat Hogan sharply criticised the media for this specifically.

“What a phrase [‘known to gardai’]. I imagine that those who use such a phrase are trying to pitch Jeffrey and others into another world — a world where such violent things happen, a world to which we do not belong and that will never touch us.”

“We should be reluctant to rely on a single source especially if the information from that source has been given on condition of anonymity.”

If what Donal Byrne said is true, it is remarkable that in both cases RTÉ and other media outlets all secured multiple sources giving incorrect but identical information within the very few hours between the death of each and the accusation being made on-air.

Donal suggested that ‘being criticised by both sides‘ was an indication that RTÉ is, in fact, objective.

Leaving aside this logical fallacy, it is clear that outside RTÉ, Paul Reynolds is widely viewed as a reporter sympathetic to Garda management, for example here, here, here, here and here.

I said that there was a virtual news blackout on RTÉ about the case of the firing of Gemma O’Doherty, as witnessed by the Guardian, a British newspaper publishing many times more stories on the case than RTÉ.

RTÉ’s few stories on the case are mostly insipid bare-bones statements of the fact that a case had been lodged, and later settled, without any background or analysis.

Donal suggested that this may have been because ‘one side of the case‘ leaked information to the Guardian in breach of the confidential settlement of the case.

This is evidently incorrect, since much of the Guardian reporting was published before the settlement.

The Guardian were by no means the only international press to cover the story, it has been carried by The Irish Post, the Sunday Times, Yahoo News and others.

The Guardian and The Irish Post also reported the story that former Commissioner Martin Callanan had been called as a witness in Gemma O’Doherty’s case, a story that RTÉ entirely blacked out.

RTÉ did, however find space to report the fact that Nanci Creedon, daughter of John, had established a dog-grooming business.

The Broadcasting Authority of Ireland defines sponsorship as :

“Any contribution made by a public or private undertaking to the financing of television and/or radio programmes with a view to promoting its name, its trade mark, its image, its activities, its products or its services.“

I understand that the AA [Automobile Association] pays the salaries of the presenters and pays the rent on the studios from which they broadcast.

I also understand that guests on RTÉ radio programmes introduced as ‘from a city centre studio‘ are, in fact speaking from the AA studios, in direct contravention on the BAI’s total ban on the sponsorship of news and current affairs programmes.

Despite what Donal says in the podcast, Conor Faughnan has often been referred to as “Conor Faughnan of AA Roadwatch” on-air on RTÉ when he is campaigning against speed limits, for reducing taxes on the motor industry and for more road building, using the credibility afforded by the 158 broadcasts per week that he supplies to to RTÉ.

The High Court ruled in 1998 that prohibited political advertisements include “any advert directed towards: procuring changes in the laws of this country, or countering suggested changes in those laws“, and the BAI make it clear that the same rules apply to sponsored programmes.