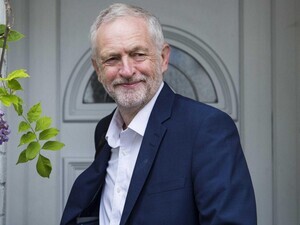 Whoever wins its leadership contest will likely be the last British Labour Party leader as we have known it.

The British Labour Party is probably already dead. Its leadership contest is less a battle for the party’s soul than a picking over of its corpse.

The DNA of all political movements contain the genes of their eventual self destruction. With the British Labour Party we are sadly watching these genes take effect.

While most political parties are coalitions, the British Labour Party of today has become the battlefield for competing parties within their party.

The rot set in after the death of the then leader, John Smith, in 1994. In all probability Smith would have won the 1997 election from the centre left, without the Blairite Tory lite makeover that followed.

Tony Blair, in turn, was the most electorally successful Labour leader ever. It was success gained through skilful media management. He possessed a toothy charm, mixed with an eruditeness, and an affectation of managerial competence that persuaded enough of the electorate that he and Labour were electable.

His administrations were not without policy achievements but sadly they were based on policy goals centred on keeping the middle class happy whilst ignoring Labour’s working class support.

Over this hung and will linger the shadow of Iraq. The messianic zeal which Blair pursued his crusade, indifferent to his party, parliament and ultimately the British people, should put pay to his style of politics.

There are those in Labour today who continue to believe otherwise. They style themselves the ‘Progress’ group. Their credo is to never really challenge the status quo, but to gently nudge it towards a preferred change of emphasis.

In Jeremy Corbyn this group seems to have a perfect exponent. To all intents a decent man who is consistent in his beliefs. There is no doubt either that he has been entirely unfairly treated by what passes for a free press in Britain.

Where he has failed and seems unlikely to succeed, is that he lacks genuine leadership ability. He cannot persuade those who do not share his value system nor those who haven’t had his experiences.

The path least travelled by both these parties within this party will continued to be ignored.

The future for socialism and social democracy is not to be compliant nor is it to be dogmatic. Politics does involve compromise but it is on the when not the what. Not the how.

Whoever wins its leadership contest will likely be the last British Labour Party leader as we have known it.

The party has achieved much in its history. There is much that can be celebrated in those achievements. However it is no longer a coherent coalition of interests. Without such coherence it is difficult to see what relevance it will continue to have.

In a country seemingly intent on retreating into a cartoon version of its past as a means of succour, this is tragic.

Europe, as much as the UK, requires a strong, progressive political party in Britain. The difficulty is, like the wise Kerryman giving directions, they shouldn’t be starting from here.