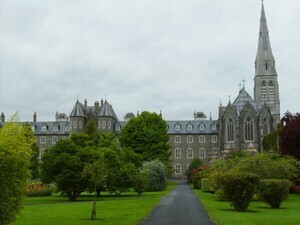 What on earth is going on?

In yesterday’s Irish Independent, journalist Sarah MacDonald reported that seminarians from Dublin will not be sent to study at the national seminary in Maynooth this year.

Instead, Archbishop Diarmuid Martin will be sending them to the Irish College in Rome. The decision followed claims of a “gay subculture” among seminarians in the college in Co Kildare.

Today, Ms MacDonald reports that a former trainee priest will meet with the Garda sexual assault unit this week to make a formal complaint against a priest who, he alleges, harassed him while he was studying in Maynooth.

Further to this, Ms MacDonald spoke to Seán O’Rourke on RTEÉ Radio One this morning, along with Patsy McGarry, of The Irish Times, and Anthony Murphy, of The Catholic Voice.

Sarah MacDonald: “People are being given the forum now, for example, a new voice, or a new group called Vama – Voices Against Maynooth Abuse – have brought together complaints from a number of ex-seminarians, and they’re beginning to make their concerns public. And a number of these relate to concerns around staff and seminarians behaving inappropriately within Maynooth. There are also complaints and concerns around confidentiality agreements that are forced on seminarians within nine weeks of commencing studies.”

“And these confidentiality agreements, one seminarian told me that they forbid the disclosure of any activities or anything that they see or hear within the seminary and they’re not even allowed tell their own families about this. So there is a concern that that’s leading to a culture of secrecy.”

“And this culture of secrecy is something that we’ve heard about and was addressed, to some extent, over the child safeguarding scandals but now it seems to be hitting on concerns of young seminarians who feel that they’re being targeted for inappropriate behaviour and that they’ve no way of actually getting their complaints dealt with objectively and impartially.”

Sean O’Rourke: “There’s a combination of different strands there, as you say. But what has Archbishop Diarmuid Martin had to say, by way of explanation for why he has chosen to transfer students for the priesthood, from Maynooth, to Rome?”

MacDonald: “Well he hasn’t come out directly and linked what I’m hearing from ex-seminarians with his decision. He’s being rather coy about it, he said he isn’t happy with Maynooth, that there’s an atmosphere of strange goings-on, a quarrelsome place with anonymous letters being sent around and I suppose this is part of the concern is that if there is a situation where people can’t actually make complaints, have an impartial complaints procedure, seminarians or staff members have concerns that bishops might act against them and that they don’t have a place where they can air their grievances safely, without fear of retribution. Some people have obviously resorted to sending anonymous letters – be it to the bishops or to the media or this new group Vama that has emerged…”

O’Rourke: “You could understand, people listening to this, it’s not the kind of behaviour, not by a long, long shot that one would expect to be happening in a national seminary where future Catholic priests are supposed to be studying and not engage in any kind of sexual activity, it’s supposed to be sublimated to their higher calling, be it heterosexual or homosexual. So, this is the atmosphere that Archbishop Martin is referring to, is it?

Patsy McGarry: “There is an added element to this too, Seán. A senior figure on this staffing team in Maynooth resigned unexpectedly there in June and it’s said his concerns were to do with the theological formation mainly. And it was announced around the same time that the president of Maynooth was taking sabbatical leave for a period. It was pointed out and emphasised that this was not in relation to any of these events. But he’s due to retire next year as president which, really, raises the…”

O’Rourke: “Yes but the resignation of the individual who wasn’t satisfied with the theology, was that on the grounds it was too liberal or too orthodox or what was his complaint? I’m assuming it was a he, by the way.”

McGarry: “well the belief is…It is a he. This man, this priest was himself quite orthodox but his concerns were primarily with theological formation but also with the other, if you might use the phrase, strange goings-on at the college.”

O’Rourke: “Ok, to come to you Anthony Murphy, you the editor of the Catholic Voice newspaper, you’ve been writing about this for some time?”

Anthony Murphy: “Well, we have. We probably started writing about it five years ago and, you know, it’s important to emphasise that this is nothing new, it’s really like history repeating itself. Because these kinds of allegations to have been surrounding and enveloping Maynooth since the 1990s and they’re always of a similar nature. And you know, as you’ve pointed out, it doesn’t sound like a house for priestly formation. It sounds like a cross between a gulag, a mad house and a dating agency.

And we have to ask the serious question: you know, what on earth is going on? And it’s very good, I welcome the decision by the Archbishop of Dublin to withdraw his seminarians from Maynooth but simply  to say there’s strange goings-on there, it’s not good enough. You know, these young men, formations are very thin on the ground in this day and age. And when young men make the decision to sacrifice their lives and go through all the difficulties of becoming a priest, to be treated in this appalling way and, you know, and then for the rest of us to be told there’s strange goings-on there, it’s really not good enough. So, we need to know what the strange goings-on are – there should be an independent investigation now, into the seminary…” 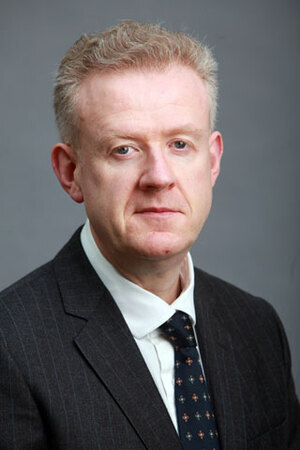 ‘We Want Catholic Schools To Be Really Catholic’ 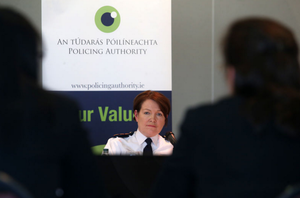 ‘We Have A Degree Of Confidence’ 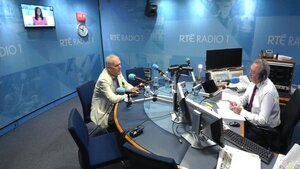 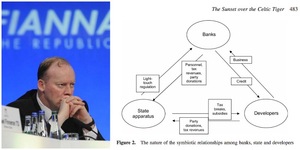