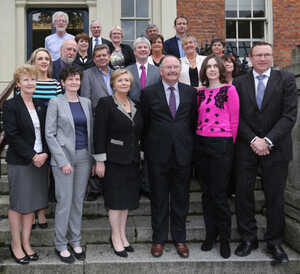 From top: The first meeting of the Charity Regulatory Authority in 2014; Dan Boyle

The whole point of having regulation of the charity sector, is not only to achieve the best standards of governance, but also  to reduce the number of voluntary agencies engaged in similar activities

There are two comments associated with Charlie McCreevy (our over esteemed former Finance Minister) that rankle with me. The first was his exhortation for us all to party on, to extend the ‘miracle’ that was the Celtic Tiger economy.

The second comment was his description of the charity/community/voluntary sector as ‘the poverty industry’.

With my own background in this sector it was a comment that succeeded in raising my hackles. Partially it was because I knew that, as criticism, it contained more than a grain of truth.

Most voluntary bodies, especially those dedicated towards meeting a social need, should have as an objective the goal of putting themselves out of business.

In Ireland, with our greater reliance on voluntary bodies to meet social needs, we seem to accept the biblical precept that the poor will always be with us.

None of this should avoid the realisation that it is the State which has created the vacuum, that has created this system of voluntary body led social service provision. More of our social services should be provided directly by the State, and operated to a standard found in the most progressive countries.

This wouldn’t eliminate the need for voluntary agencies. Advocacy is another, as important, element of the work undertaken by such groups. Through this work the community sector acts as ombudsmen, in seeing that the State properly fulfills its responsibilities.

In a fully functioning democracy there should be an appropriate level of State funding for this activity. Such funding should never be linked to avoiding criticism of the State.

Where we’ve also become lost is in applying a market/business model to these bodies. None should be inspired by the need to create or make profit. In particular senior management of charities should not see themselves as being entitled to the same bloated salaries found in the private sector.

This isn’t to say that effective management should be beyond them, or that metrics shouldn’t exist that measure success and failure in these organisations.

What should be put to bed is the idea that competition is needed between voluntary organisations which pursue similar goals.

The whole point of having regulation of the charity sector, is not only to achieve the best standards of governance, but also where necessary to reduce the number of voluntary agencies engaged in similar activities.

What we have now is a mess. A glut of organisations competing for public goodwill. A goodwill already severely tested by poor governance practices and sometimes greed of a small number of actors.

This has undermined the Ireland of the Meitheal, that already was being undermined by the rush to individualism (bringing about greater selfish behaviour) cheered on by Mr. McCreevy and his ilk.

We can’t keep keep sliding down this slippery slope. We are and we deserve better than this. 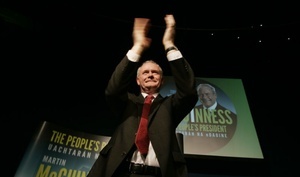 20 thoughts on “Being Charitable”