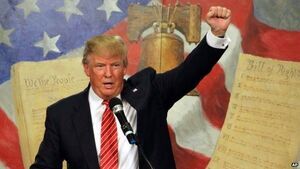 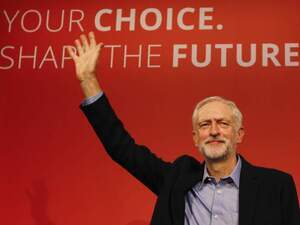 The US presidential Election and the British Labour Party leadership race offer candidates that are so dislikeable it is a ‘no win’ whatever the results.

I don’t know about you, but I am firmly of the opinion that when it comes to profane expressions; you can never have enough.

Hence my delight when I saw a post from Mentalfloss appear on my Facebook timeline last week offering 8 grand but forgotten profane expressions. Excellent, I thought, some additional material.

Sadly, the expressions – though colourful – were not that profane.

They did, however, include some handy old-fashioned phrases and analogies to sum up such predicaments as: taking forever to get to the point “Robin Hood’s Barn” or, being hesitant or indecisive: Buridan’s Ass.

The one that appealed most to me, however, was Morton’s Fork: the dilemma of being trapped no matter which way you go.

“The expression refers to John Morton, Archbishop of Canterbury in 1491, servant to Henry VII. Henry was trying to restore the stability of the English monarchy by fighting The War of the Roses, and needed more money from his clergy to do it. (The clergy in question weren’t the impoverished monks and priests, but their wealthy bishops and cardinals). The clergy did not want to give away their money, so they took one of two approaches. Either they came in rags and said they were too poor to contribute, or they came in ridiculous finery saying they needed every penny to maintain the dignity of their position. Morton wasn’t having it. His “fork” led to a dead end, no matter which way you took. If you’re a high clergyman in rags, you’re obviously storing away all the money you extract from your underlings and beneficiaries. If you’re opulent, you’re obviously rich and can spare plenty of money for your King. Either way, hand it over.”

Or, to put it another way: it is a 15th century Catch-22 or Hobson’s Choice: a no-choice/no-win situation.

While Mentalfloss offers a sample usage involving a teenager looking to play an Xbox while off school sick, might I suggest (and here I reach my Robin Hood’s Barn) two better illustrations: the choices facing (a) voters in the USA and (b) members of the British Labour party.

In the case of the US, America voters are now presented with candidates from the two main parties both of whom they dislike intensely.

A recent Gallup Poll (conducted between Aug 5 and 11) showed Hillary Clinton with an unfavourable rating of 55% (and favourable of 40%) – a net un-favourability score of -15%.

The same Gallup Poll showed Donald Trump with an unfavourable rating of 63% (versus a favourable of 32%) – a net un-favourability score of -31%.

The two candidates are attaining historic levels of unfavourability. Before this election no major presidential candidate had a double-digit net negative “strong favorability” rating. Trump now holds the record for the lowest ever rating – with Hilary Clinton having the second lowest ever.

This is not the same thing as saying they are equally bad as each other. Trump is ahead of Clinton in the despicable stakes by a country mile, as veteran US news reporter Dan Rather put it in a recent Facebook post:

“…we must beware of false equivalencies. Many have construed Hillary Clinton’s statements about her email server as lies. And critics also point to other statements from her past where she has been perhaps less than truthful. Clinton should be held accountable for those statements. The press should vigorously question her and investigate where the truth lies. But the sheer amount of the verbal fertilizer being spewed by Trump must not be reported as a “he said, she said. Calling him on it is not partisanship, it’s citizenship.”

The situation is not looking a lot brighter for Labour party supporters in the UK. Last weekend the UK Independent ran a poll rating the key political players. It found that the two candidates for the leadership of the UK Labour Party both have net unfavourability ratings – and both in the double digits.

Indeed, the order of magnitude was not dissimilar to the US presidential race with the incumbent Jeremy Corbyn getting the Trump place with a net unfavourability of -28% (just one point worse than Nigel Farage) and his challenger, the relatively unknown Owen Smith taking the Clinton role with a -14% net unfavourability score.

By contrast the new UK Prime Minister and Tory party leader Theresa May scored a net favourability of +14%.

Even more worrying for Corbyn and Smith, and for the entire British Labour Party, a recent vote among members of the GMB union as to who the Union should back in the Labour leadership only attracted a turnout of 8% (for the record Owen Smith beat Corbyn 60/40 among those union members who voted).

For the record, if I had a vote in the USA I would undoubtedly vote for Clinton, just as – if I were a member of the British Labour party – I would vote for Owen Smith.

But, in both cases, I would be doing so grudgingly as the countless French voters who backed Jacques Chirac in the second round of voting in the 2002 French Presidential election.

Like them, I would not be voting positively for someone, I would be voting enthusiastically against someone – in their case the then far right leader: Jean-Marie Le Pen.

Many of them, particularly those who had voted for Socialist or Centrist candidates in Round One went to the polls with disinfectant and/or clothespin to show their reluctance to back Chirac. Chirac scored just under 20% in Round One, but won a massive 82% in Round Two.

They resolved their face-off with unappealing options, as will those faced with similar dilemma’s later this year in the own Morton’s Fork-up.