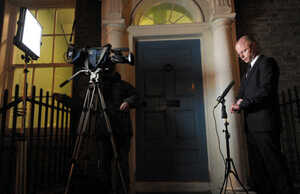 Stephen Donnelly was the right man in the wrong party.

A project I have been looking forward to see being brought to completion, early next year, is the publication of my third book.

My first two books centred around the development of the Green Party in Ireland and on our experience of being in government. This book is examining the general impact of smaller parties in Irish politics. It’s an impact that I believe has been largely positive.

My motivation in writing the book, among other things, is to record the phenomenon of smaller parties in Ireland, at a time when they seem to have become most entrenched in our political system. A more diverse politics helps to avoid a closeted and claustrophobic system.

At least that has been the basis of my thinking until this week.

Stephen Donnelly is someone I always thought as being incongruous as a Social Democrat. Socially progressive certainly. Dedicated to achieving and applying the highest possible governance standards to the State and to agencies of the State, undoubtedly. An asset to Dáil Éireann and to Irish politics, inarguably.

He is, however, a fiscal conservative/a classic Liberal.

Which is fine in its own right. We could do with more of his ilk to honestly expound on such positions. He isn’t though a Social Democrat.

It was a mistake for him to be involved in the formation of the Social Democrats. A mistake now compounded by his decision to leave so soon afterwards. I fear he may become perceived as his generation’s Noel Browne –  talented but mercurial not being seen as being able to work with others.

I had thought the Social Democrats have had an opportunity to cleave a new niche among the left in Ireland. They have been well positioned to benefit from those unhappy with Labour and uncomfortable with Sinn Féin.

The General Election came too soon for the party. The opportunity to be better prepared did not exist.

A significant strategic mistake was also made in not contesting every constituency. A national vote for the Social Democrats should have been maximised.

By not doing so the party is now more likely to share the trajectory of the Progressive Democrats, becoming reliant on a handful of flagship constituencies, without extending or expanding its national base.

A possibility for a new party on the left in Ireland has now probably receded.

Consolidation would be a more fruitful path to follow. With the proliferation of egos that exists in the sector, and the angels on the head of a pin approach to ideological purity, this seems even less likely to occur.

We could take a more optimistic view and say that Brendan Behan’s maxim that the split is first item on agenda of every new Irish political organisation, no longer holds true.

Yesterday: The Man Who Wasn’t There