On Friday the Politico.eu website published details of the UK’s Brexit Cabinet Committee, including a who’s in and who’s out of which Cabinet Ministers had made it on to this powerful committee.

As Politico noted, controversially the secretaries of state for Scotland, Wales and Northern Ireland are not given permanent positions around the decision-making table. Instead they may attend committee meetings “as required” by the Prime Minister.

The significance of this omission should not be lost on us here. Not only is the British government struggling to come up with a clear and consistent negotiating position, it increasingly seems that issues relating to how Brexit will affect this island are now way down the priority list.

Within days of her ascent to high office, Theresa May went to Edinburgh to assure the Scottish First Minister, Nicola Sturgeon, that the Scottish government, along with devolved administrations in Northern Ireland, and Wales, would be fully ‘involved’ in the negotiations with the EU.

She did the same when she travelled to Cardiff and, eventually, to Belfast, as I discussed here at the time.

The UK government is now resiling from that commitment with its position shifting from having the devolved Administrations “involved” to only having them “consulted”. This is the phraseology the UK Brexit Minister, David Davis was using when he spoke in the House of Commons last week; telling an SNP MP:

“…we will consult and have detailed discussions with the Scottish Administration, and those in Wales and Northern Ireland, before we trigger article 50…”

On Sunday’s Andrew Marr Show, Scotland’s First Minister said she found it “frustrating, if I can be diplomatic about it” that Theresa May’s promise of being fully involved had not been honoured so far and suggested that she wants to see progress on this at a meeting of the heads of the devolved administrations with Prime Minister May next Monday.

Where the Scottish Government has been vigorous and active in its preparations, the Northern Ireland Executive has been languid and passive. Up to this weekend the only real action on Brexit preparations that the Executive had taken as a coherent unit was to write a letter to the British Prime Minister.

Not that the two main parties in the Executive: The DUP and Sinn Féin, have managed to do that much individually either.

Just before the summer the DUP leader and First Minister, Arlene Foster, managed to briefly scupper the Irish Government’s proposal of an island forum, while Sinn Féin did its usual trick of organising a few street protests calling for a border poll, neatly masking its masterly inaction in office.

This situation did change a little over the weekend with the Deputy First Minister, Sinn Féin’s James Martin Pacelli McGuinness, telling the Guardian newspaper that the EU should grant Northern Ireland special status.

He also said that the big challenge is “whether the government in the north and the south can come to a common position… about what we want to see come out of these negotiations.”

Doesn’t that presume that the executive in the North can come to an agreed position first?

The NI assembly is debating that motion as I write. Sadly, as with many major issues in the North that debate is being conducted in broadly sectarian terms with the SDLP, Sinn Féin and Alliance supporting the case for special status and the DUP opposing it. The UUP says it kind of supports the idea, but just not to the extent of actually voting for it.

The debate, or at least the portions I heard, are very far out of kilter with the views of the voters. Over 56% of voters in the North supported remaining in the EU, but the numbers get even more interesting when you look at the voting preferences of those who voted.

On the other side only 30% of those identifying as DUP voted Remain, though the figure was much higher, at 46%, for the UUP.

The higher UUP figure may be due in part to the UUP leadership urging a Remain vote in the referendum, though it may also suggest that UUP voters are more middle class, as middle class unionists were more likely to vote Remain than Leave.

So, where does this leave us?

For starters it tells us that the many on the Unionist side are content to leave the views of 40% of their own supporters and the majority of the entire population of the North go unrepresented.

It also show that they will be facilitated in this by the meek response of an Executive, including McGuinness and co, who seem ill-prepared for consultation about, never mind full involvement in, actual negotiations.

The government’s “all-island Civic Dialogue on Brexit” which will meet on November 2nd is a reasonable start, though dropping the word “forum” from its title was a pointless concession.

But it is only that: a start. There is a great deal more work to be done if Irish interests are to be protected and safeguarded. 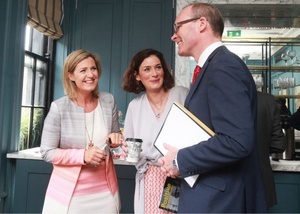 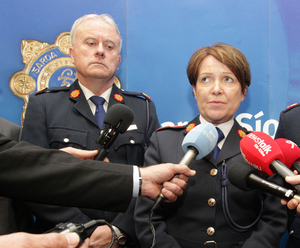