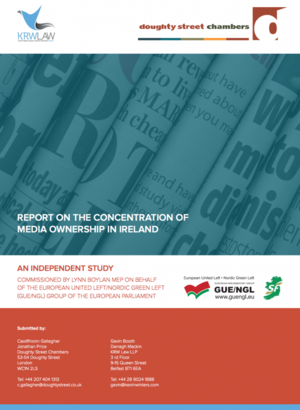 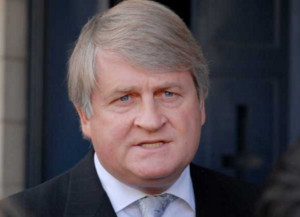 Sinn Féin MEP Lynn Boylan has published a Report on the Concentration of Media Ownership in Ireland, which she commissioned on behalf of the European United Left/Nordic Green Left group of the European Parliament.

It was written by lawyers in Belfast and London.

Ms Boylan’s report follows a report in March – about media plurality and ownership in Ireland by the Centre for Pluralism and Media Freedom, led by Dr Roderick Flynn of Dublin City University.

Ireland has one of the most concentrated media markets of any democracy. Accumulation of what has been described as “communicative power” within the news markets is at endemic levels, and this, combined with the dominance of one private individual media owner in the State, creates what the Media Reform Coalition has described as “conditions in which wealthy individuals and organisations can amass huge political and economic power and distort the media landscape to suit their interests and personal views”.

The two most important controlling entities in the Irish media landscape are the national State broadcaster, RTÉ, and an individual businessman, Denis O’Brien…

…First, Mr. O’Brien has initiated a large number of sets of proceedings since 2010, including 12 cases against media organisations in relation to their coverage of his business affairs. Analysis stretching back almost two decades, to 1998, suggests that Mr. O’Brien has regularly made threats of legal action, and instituted legal proceedings, against journalists and media organisations.

Any wealthy individual bringing such a large number of claims seeking to restrict press coverage of their business dealings would raise concerns regarding freedom of expression and the potential for such litigious profligacy to have a ‘chilling effect’ on newsgathering and reporting in the public interest. However, when the wealthy individual in question is also the “largest owner of private media in the State,”  those concerns and risks are substantially increased.

…The Report’s authors are aware of suggestions that there are legal bars to any such action being taken, but we reject any suggestion that it is not legally permissible to address the status quo and that tackling the current concentration of media ownership is impossible given the importance of property rights in the Irish Constitution and/ or the European Convention on Human Rights (ECHR).

On the contrary, our conclusion is that there is, in principle, no such legal bar. A retrospective mechanism could indeed be permissible under the Irish Constitution, EU law, and the ECHR.

…The devil is very much in the detail, and these are difficult issues. What is now needed is a careful review of the detail, and, accordingly, the Report recommends that the Government establish a cross-disciplinary Commission of Inquiry. 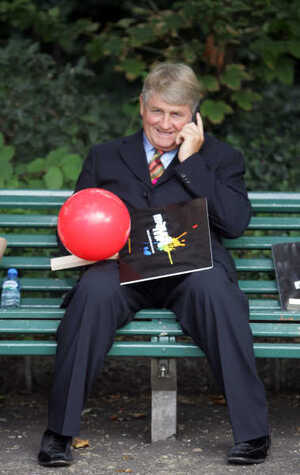 In The Name Of DOB Dinny On The Telly