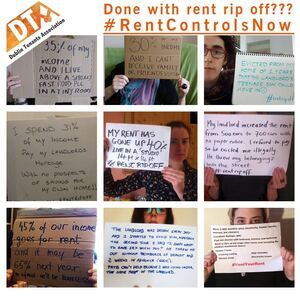 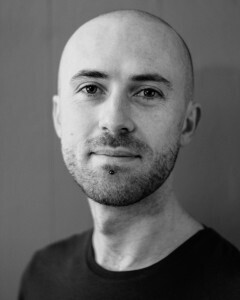 The Dublin Tenants’ Associatio this week starts a campaign for rent certainty,

If ever there was a timely campaign, this is it.

As is well known, rents have increased nationally by 40% since 2011. In urban areas, especially Dublin, rent increases have been far in excess of this. The sector itself has expanded by 65% since just 2011 and up to 1/3rd of households will be life long renters.

This is nothing short of a radical transformation of our housing system. Renting, including long term renting, will now be the norm for a large and growing section of Irish households.

Following the crisis in 2008 mortgage lending in Ireland collapsed by around 90%. In subsequent austerity budgets, capital funding for social housing fell by 80%, as did output in the sector.

With both of the other housing tenures in free fall, it was perfectly clear that only one thing could happen: a massive increase in the rented sector and a consequent increase in rents.

After years of chaos and the emergence of a full blown homelessness crisis the government has decided it might be a good idea to do something about the rental sector; the National Strategy for the Rental Sector will be published this December.

The Secure Rents campaign is thus perfectly timed to pile on the pressure and force Minister Simon Coveney to take seriously the task of regulating rents, providing security of tenure for tenants and making the rental sector one fit for life-long living.

One of the biggest obstacles, however, is the chorus of actors arguing that since rent increases are driven by a supply shortage we should not be focusing on regulating rents but instead on increasing supply.

This argument has permeated public debate to the extent that at Coveney’s recent stakeholder consultation for the National Strategy, in which I participated, the two words heard most frequently were ‘landlord’ and ‘incentive’.

There is a real danger that the pseudo-economics of ‘supply’ will eclipse the pressing need to introduce root and branch reform and finally give tenants something approaching equality with home owners and social housing residents.

But this where we need to watch out for a sleight of hand. It goes like this: if rent increases are driven by supply shortages then an increase in supply will drive rents down. This is where the pseudo-economic comes in.

But more importantly, supply would also have to increase faster, significantly faster, than demand is increasing. This is where we have to look at the ‘demand side’ factors which are seldom discussed.

The concentration of economic activity in Dublin and other urban areas has intensified over recent years and will continue to intensify – this means more rural to urban migration and more demand for housing in our cities. People are living longer, piling further pressure on housing demand.

We also have to take in the labour market aspects of all this. On the one hand wages and employment are likely to grow somewhat (as seen in the spate of recent strikes) adding to housing demand.

At the same time, however, secure employment contracts (and thus mortgages) are harder to come by in our ‘gig economy’ and the labour force is more mobile (moving from job to job and place to place much more frequently than in the past). This more mobile work force will become home owners much later, if they can afford to do so at all.

There is simply no way that enough private rented housing is going to come on stream in the next five to ten years to catch up with and overtake the demand side factors discussed above, and therefor rents will continue to increase.

This is why regulating rents is vital – it is the only way to halt the crisis of unaffordability in the rental sector and the tidal wave of homelessness it has unleashed.

To argue that regulating rents won’t sort out the supply problem is to miss the point entirely. It’s a bit like saying umbrellas are useless because they don’t stop it raining. While it’s true that they don’t, they do stop you getting soaked. Likewise, rent certainty won’t increase supply on its own, but it will protect tenants from the worst consequences of the supply problem.

There are many options to increase housing supply which don’t involve trampling all over tenants’ rights.Let’s hope the National Rental Strategy includes some.

But please don’t tell me these measures will mean I won’t have a rent increase of between 10% and 50% over the next few years. Because that is pseudo-economics – it’s an argument based on market ideology, not market logic.

The only way we can guarantee small and predictable rent increases is to regulate them.

Dr. Michael Byrne is a lecturer at the School of Social Policy, Social Work and Social Justice in UCD and participates in the Dublin Tenants Association Follow Michael on Twitter: @mickbyrne101

Previously: Michael Byrne: You Might Want to Sit Down For This

54 thoughts on “Certainty In A World Gone Daft”