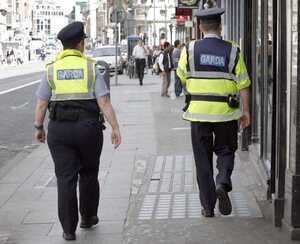 I am SO using the bus lanes tomorrow #gardastrike

In a statement this afternoon, the AGSI said that its negotiators have left the Labour Court and are now meeting its National Executive “to discuss issues raised during this morning’s meeting which began at 10am.

“This includes discussing a possible ballot of our members.”

The AGSI said that it is due to return to the Labour Court at 5pm.

Earlier the GRA asked 18 units, including organised crime and immigration, not to join their garda colleagues in tomorrow’s strike action.

It said this will ensure a skeletal service to protect the security of the State, prevent and detect serious crime and preserve vital evidence.

With less than 24 hours to go, tomorrow’s garda strike is still set to proceed.

‘A Flawed Inquiry From The Very Outset’

26 thoughts on “On The Verge Of ANARCHY”