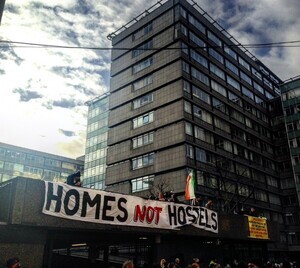 The High Court has refused to grant an extension for a stay on its order to vacate Apollo House in Dublin.

The judge said the provision of suitable alternative accommodation was a matter for Government not the courts.

The case returns to court tomorrow to see if the order has been complied with.

…Mr Justice Paul Gilligan said it was not the function of the courts to become involved in the provision of suitable accommodation for homeless people.

He said the occupants of Apollo House were entitled to take legal proceedings under the Constitution or the European Convention on Human Rights.

He said the issue before the court involves the right to ownership of private property. 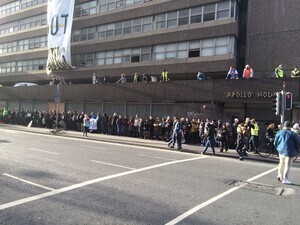 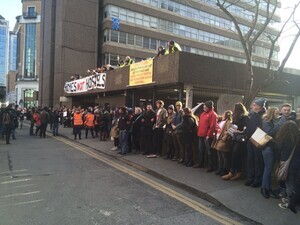 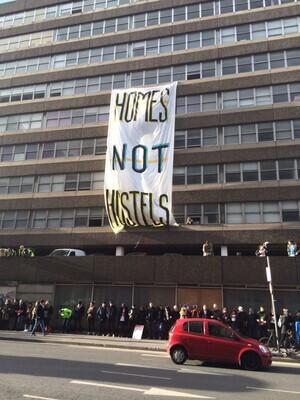 In response to the decision in the High Court…

Supporters of the Home Sweet Home campaign have linked arms and surrounded the Apollo House building.

The #HomeSweetHome campaign is making a stand. We need #ApolloHouse here for as long as they are treating people like dogs #liveline pic.twitter.com/F9k1qRiLHQ