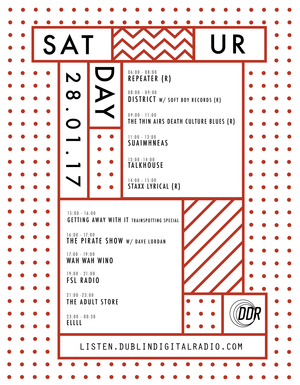 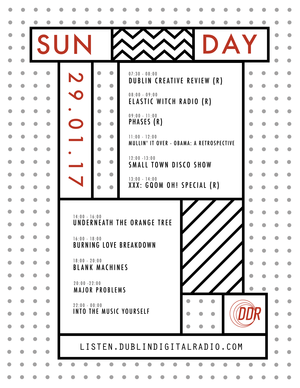 Dublin Digital Radio keeps on slowly breathing fresh air onto the Irish (digital) airwaves, with an eclectic selection of live shows from their studio at the Jigsaw arts space and pre-tapes pulled in from around the country.

Streaming above: a selection of the station’s finest few hours this week. Also above: the schedule for the weekend. Get in.

For the weekend ahead some show highlights to keep an eye out for include the Wino Boys’ show “Wah Wah Wadio” on Saturday. While on Sunday we have a new show called “Mullin’ it Over: Obama: A Retrospective” which takes a look back at the highs and lows of his presidency. At 8pm Major Problems boss Barry Redsetta is back on the airwaves, which is not to be missed!

Listen in live, or on-demand.

Songs Of Love And Eighth