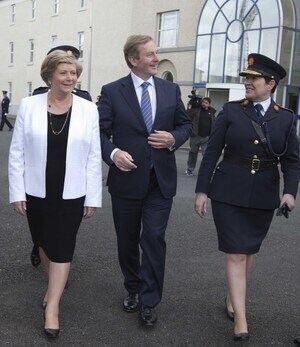 Many of the principal characters in this melodrama were more concerned with protecting their own positions with carefully scripted narratives than helping Maurice McCabe.

The current political storm that could topple this government or, at the very least, see the end of one or two ministerial careers is not one single crisis – it is two crises that have become so intertwined in the public – and the medias – mind, as to appear as one.

Worse still, it is the lesser of the two crises – the political one, the one revolving around the questions about Fine Gael’s future leadership – that is getting all the attention and airplay. This is understandable in part, due to the ongoing and evolving drama of who said what to who and whose head is set to roll.

Though the political crisis is serious enough in its own right, it is still the lesser of the two and pales in comparison to the greater crisis: the poisonous culture and ethos in the senior and upper ranks of an Garda Síochána.

That is the immediate crisis that should be gripping us all. It has run on for far too long, the government has been grappling with this issue since 2014 to little or no actual effect.

“…a gulf is emerging in the Garda organisation, according to informed sources at every level. There is one camp within senior management – a small number who are seen as O’Sullivan’s people. And then there is everyone else. And the O’Sullivan group is regarded as having lost control.”

Not that this crisis started with Commissioner Nóirin O’Sullivan. It long predates her appointment as Commissioner, even as Deputy Commissioner, as can be seen from Broadsheet’s comprehensive timeline of events cataloguing Sgt McCabe’s more than 10 year struggle to get accountability in An Garda Síochána.

Indeed, the poisonous in-fighting and fractious nature of relationships at the top of the force is further illustrated by a series of tweets last night by another crime correspondent, the Irish Daily Star’s Mick O’Toole.

These charges and accusations need to be fully investigated and the apparent venality, if not corruption at the top of the force exposed and expunged. The failed and flawed reports, investigation and inquiries of the past few years have not succeeded in doing more than scratching the surface – it is likely that the only way forward is to have an external criminal investigation.

We also need to set a new path forward.

The principle of civilian control of the uniform services is a vital one and needs now to be exercised. We need the type of real reform and accountability for An Garda Síochána that we demanded for the old Royal Ulster Constabulary and achieved via the adoption of the Patten report.

While there have been several important and significant reforms to Garda organisation and powers over the past two decades, we need our own Patten Report now to offer An Garda Síochána the new beginning it needs and the lift to morale that its members deserve.

Turning quickly back to the lesser crisis, the statements, comments, corrections and clarifications coming from an Taoiseach as well as Ministers Fitzgerald and Zappone highlight the political dysfunction and lack of communications at the heart of government.

If their accounts are to be believed then the “relevant” ministers were so disengaged and disinterested that it never occurred to any of them to ask Minister Zappone why Sgt Maurice McCabe was meeting with her, who had requested the meeting, why was he meeting with the Minister for Children and – more importantly- to ask afterwards… how did that go?

Sadly, it seems that most, if not all, of the principal characters in this ministerial melodrama were more concerned with protecting their own positions with carefully scripted narratives than they were in actually getting to the core of what the hell is going on with this latest instalment of the smearing of Sgt McCabe.

The Tánaiste seems so determined that the media and the public believe her self-serving version of events, including her account of the meeting with Fianna Fáil’s Jim O’Callaghan, that it hasn’t occurred to her that her own account portrays her as a Minister who is disconnected from the details of her own direct responsibilities, almost to the point of negligence.

The test of our “new politics” is that it should be focused on policies and outcomes not personalities and process. The answer to this crisis is not a head or an election – it is action. Failure to meaningfully and decisively deliver that action should result in an election.

At the heart of the McCabe smear was the sustained maligning of a decent man doing his job and the consequential denial to him, by senior Garda officers, of the presumption of innocence.

While it may be satisfying, and offer some ‘poetic justice’, the denial of the presumption of innocence to the Garda Commissioner is not the answer to the McCabe smear or the crisis in An Garda Síochána.

While I may have doubts or questions in my own mind about the Commissioner’s role in the mistreatment of Sgt McCabe and indeed Supt Dave Taylor, all I know it what I have read in print and online – and that is not all Gospel.

Commissioner O’Sullivan is not the source or the core of problem with An Garda Síochána, neither is an Tánaiste – but with each passing day we must start to wonder if either can ever be a part of the solution. 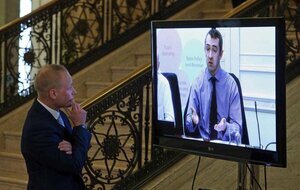 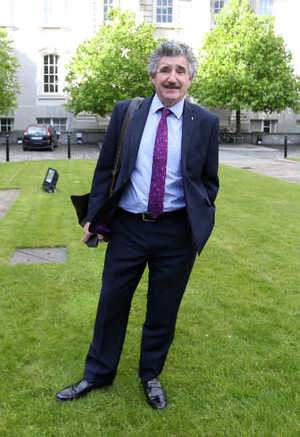 11 thoughts on “Not One Crisis But Two”