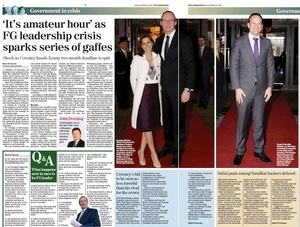 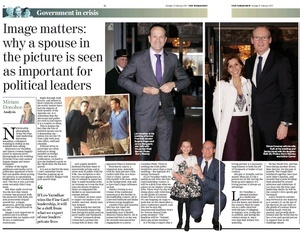 Independent newspapers in particular seem determined to make relationship status an issue in this race. I have followed media coverage of Simon Coveney as closely as many political commentators over the past 16 years but I don’t think I have ever seen a picture of him with his wife or members of his family before the Independent decided to run one on its front or second page each day last Sunday, Monday and Tuesday.

These photos of Coveney were always juxtaposed beside one of Leo Varadkar on his own.

Independent newspapers have also run tittle-tattle stories about Varadkar’s own relationship and a series of columns devoted, at least in part, to suggesting that it matters who our taoiseach’s spouse would be.

It echoes the suggestion touted by Bertie Ahern’s opponents in the early 1990s that the “people needed to know where their taoiseach sleeps at night”. It was insidious then. One would have thought that 25 years later we would have moved on from such nonsense.

It is particularly strange that a newspaper would be doing this, whether for reasons of adding clickbait or colour to coverage of the leadership contest or due to other motives. We should judge our next taoiseach on his or her own ability to do the job and to exercise real authority and deliver stability to our politics. The sooner the changeover happens the better.

Noel Whelan: We are about to have another caretaker government (irish Times) 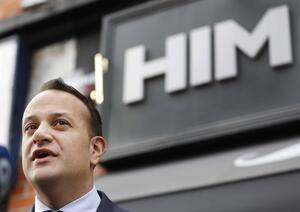 “I’m not going to make my personal life and my family life an issue in any campaign and I hope and trust others won’t do either.: