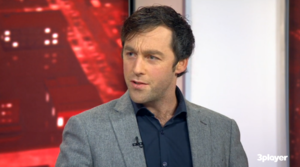 If we just take the housing crisis for example. We have almost 7,000 people homeless in this country, record numbers. There was almost 500 children homeless in 2014, we now have over 2,000 – that’s a four-fold increase in that space of time.

We have almost 100,000 families and individuals on the social housing waiting list… the facts are that there is 8,000 social housing units, that includes local authority and housing associations, that are in some stage of planning. There’s only 1,800 – that’s a quarter of that number – actually on site that is likely to be built in the next two years.

There was about 500 local authority, plus housing association, 500 social housing units built last year. At that rate we will be 200 years before we meet the housing waiting list. [Minister for Housing Simon] Coveney Rebuilding Ireland plan and the Government’s housing plan is not actually going to deliver the social housing and the housing that’s needed…

There are between 800 to 1000 families homeless in Dublin and, at the same time there are 20,000 vacant homes, vacant houses, according to the CSO. So that’s 20 empty houses per each homeless family. And it’s just illogical that we have this situation where housing/property is treated primarily as an investment, as an asset, rather than a home and a need.

And, you know, I think this underlies part of why we’re in this crisis. Because we have vultures buying up property, we have Real Estate Investment Trusts coming in. And we’ve the Government just sitting there – yet the Government could be building, you know, 10,000 affordable rental homes every year, if it took on models like the European cost rental model – which provides, using public land for a mix of incomes – Austria does it, Denmark does it. These countries provide much more levels of affordable housing than us.

But it seems like our politicians and our Government are just obsessed with this free market approach – where the State cannot intervene – and, you know, maybe it’s not coincidental that a significant proportion of them are landlords themselves.

But there’s this real, I’d describe like it’s an unwillingness to change things radically. And what is really disappointing … in the last election, there was a very clear message of people wanted investment in public services – they wanted a more equal Ireland – that was the message back.

It was a rejection of the idea of the recovery and yet, rather than taking that energy that’s there and we saw it, the same in Apollo House recently, where we had thousands of volunteers being involved and saying ‘we want to address this crisis’. And that’s what’s really disappointing.

The people still believe in the idea of a fair Ireland, they want to get involved in helping it. Yet, what are our politicians and our Government doing? It’s like they’ve given up on the idea of an equal republic. All they are focused on is their party and them getting one better on each other.

The disconnect between politics and between people’s lives, I think, has got to the point where it is just disgusting.

…The mainstream politics and main media discussion about politics is all about personalities and about competition for the spoils of power rather than actually ‘are we dealing with the issues that affect people’? 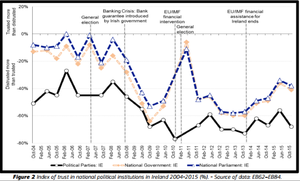 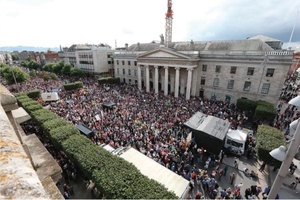 11 thoughts on “’20 Empty Homes Per Each Homeless Family’”